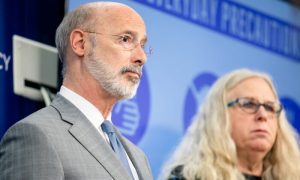 A federal judge has struck down Pennsylvania Gov. Tom Wolf’s CCP virus restrictions that required people to stay at home, put limits on gatherings, and ordered “non-life-sustaining” businesses to stay shut down.

The judge, who was appointed by President Donald Trump, argued that the actions taken by Wolf and Pennsylvania Secretary of Health Rachel Levine, who are both Democrats, “were undertaken with the good intention of addressing a public health emergency,” but that “even in an emergency, the authority of government is not unfettered.”