Re: Unsealing of a whistleblower suit against Merck, filed back in 2010 by two former employees accusing the drugmaker of overstating the effectiveness of its mumps, measles, and rubella vaccine.It refers to a 2006 mumps outbreak in the Midwest, in which 6,500 cases were reported among a highly vaccinated population, and another in 2009, in which 5,000 cases were confirmed.  Read more…

VLA Comment:  Dr. Andrew Wakefield was crucified by London Times journalist (owner of NY Times & London Times..Murdock.  Son of Murdock is on the board of directors of Merck) and Lancet journal.

‘In a recently published December 13, 2012 vaccine court ruling, hundreds of thousands of dollars were awarded to Ryan Mojabi, whose parents described how “MMR vaccinations” caused a “severe and debilitating injury to his brain, diagnosed as Autism Spectrum Disorder (‘ASD’).”’

While repeated studies from around the world confirmed Wakefield’s bowel disease in autistic children [xi] and his position that safety studies of the MMR are inadequate, [xii] Dr. Wakefield ’s career has been destroyed by false allegations.  Despite this he continues to work tirelessly to help solve the autism catastrophe. Read more…

VLA comment: FANTASTIC, WELL DONE, AMAZING movie! Based on the true life drama of Dr. Andrew Wakefield, whom I have the great honor to meet and I consider him as close to a martyred saint as I have ever met, this movie is first rate and brilliantly acted – as well as any “A” movie.

…suppressed as part of the continued persecution of Andrew Wakefield – now available to watch on YouTube. The drama ‘Hear the Silence’ starring Hugh Bonneville as Andrew Wakefield and Juliet Stevenson as a mother trying to find the truth about what happened to her child was seen once on British television in December 2003 and then disappeared. Two months later the allegations of Brian Deer began to appear in the media. It has now been posted on the web by ‘Science Israel’ in the original English with Hebrew subtitles-AGE OF AUTISM

Flawlessly directed by Tim Fywell, this film is so well done that you can’t tell until the end when the cast names roll across the screen who is acting and who is the real deal. The movie is compelling. It is professional. It is riveting. I give it *****. Missing this movie is to miss an amazing expose of the real life medical cabal’s facility to experiment on the population and to purposely conceal information from the public. And more than that.. it’s ability to systematically orchestrate the demise of moral and good men, like Dr. Andrew Wakefield. REVIEW BY LEON SMITH, PUBLISHER LONE STAR IOCONOCLAST

WELCOME TO THE SICK WORLD OF MEDICINE AND THE SLICK AND SHREWD OF POLITICS! WELL DONE!!!! WELL DONE! WELL DONE! 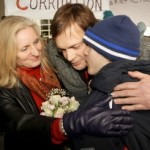 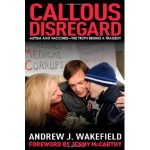 Buy copies of his book Let’s put it on the best seller list…buy it for your friends, your office, your legislators,  the health editor of your local paper.