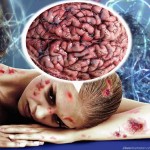 The epidemic of  ADHD, ADD, OCD, Bipolar, Autism, encephalitis, narcolepsy is caused by the inordinate amount of vaccinations that are forced on children by our government in order to get into school.   To compensate or mitigate the effects of the vaccine injury, mis-nomered as “mental illness” psyche drugs are given out like candy.  25 % of all American children are on psyche drugs.

SSRIStories.org is a collection of over 5,000 stories that have appeared in the media (newspapers, TV, scientific journals) in which prescription drugs were mentioned and in which the drugs may be linked to a variety of adverse outcomes including violence.5000 Suicides & Murders. Access list

Bogus pharma establishment  Study studies 37,000 kids newly prescribed medication and suicide rates.  Clearly none of these kids were tested for Cytochrome P450 2D6 metabolic rates, although the opportunity is still there for the ones who did not complete the suicide attempt. Testing for Cytochrome P450 2D6 can be a little as $175.00 but it is not “standard of care”.

The National Coalition of Organized Women uncovered one of the most egregious Pharmacuetical cover-ups in modern psyche history. The information that would have averted the school shootings, the homicides, the overdoses, the bizarre epidemic of mentally ill in recent years has been available for circa 15 years since gene mapping.   Cytochrome P450 2D6 was discovered as the major metabolic pathway that detoxifies 50% of all psyche drugs and street drugs.  However, 7-10% of Caucasians, for example, due to genetic variation do not have sufficient activity of this gene to detoxify their bodies from these modern drugs. They are labeled poor or non-metabolizers due to a deletion or non-activity of the 2D6 pathway. There are a percentage of Asians, African Americans and Hispanics who are also poor metabolizers.  When certain drugs (list on link) are prescribed to these individuals, due to their inability to metabolize, these people become psychotic, homicidal, suicidal, a danger to themselves and society.

There are other pathways on Cytochrome P459 such as Cyt 3A4 implicated in the psychosis reports of soldiers on Larium, a malaria drug.  Another example:  Marijuana (Cannibals) is a powerful inhibitor of cytochrome P450 isozymes 3A4, 2C19, and 2D6. This is not a defect.  It is a genetic variation, that’s all.  Ethiopians and Tanzanian Afrikans who traditional have had poor soil to grow food have been consuming a lot of weeds (medicine weeds), they have evolved generational to multiply their Cytochrome 2D6.  These people are “rapid metabolizers”.

It is a very simple test: Swap the mouth, teeth and gums with 2 sterile swabs (looks like q-tips) and send to our lab contact in Australia.  Contact: Ncowmail@gmail.com for lab details. Price: $175.00.  Bottom line, perhaps these kids who are most affected by vaccines are poor metabolizers and can’t rid themselves of the toxins in vaccines.  Perhaps 45 shots by the time the kid is six years old is asking too much!  Contact us for cytochrome testing: Ncowmail@gmail.com

You know those kids who are shooting each other and mothers who drown their kids in the bath tub? Check out this most egregious cover up in the history of modern psychiatry. Dr. Lucire elucidates –  Dr. Yolande Lucire’s recently published study. Her study  published in the summer of 2011 is not only a academic victory but the perpetrators speak of their experiences  on how they were moved to kill their loved ones while on or coming off of psyche drugs.

This information, now highlighted by Dr. Lucire has been heretofore suppressed by the stakeholder.  The justice system in the USA has not realized the implication in law. (See personalized Justice/Personalize Medicine).  These drugs force the patient who is a poor or non-metabolizer into heinous acts against themselves and society. And who and what  is really complicit when a crime is committed?  The manufacturer who “failed to warn”?; the physician who “failed to warn” and who did not do the simple genetic test?  Read Dr. Lucire’s study.  She removed her subjects from the drugs and they  regained their normal mental function.  It was the drugs. There is a test to prove it! However, the attorneys of several high profile cases such as Adam Lanza, Jerod Loughner, James Holmes were contacted and did not respond.

Autism is associated with precocious puberty.  Boys are 4X more likely to get Autism. Guess what else is regulated by Cytochrome P450 besides glutathione?

Do you want the simple 2D6 gene test?  Contact us at NCOWmail@gmail.com

Taking back the right to birth. 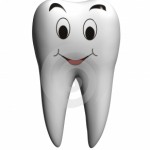 Anti-cavity dental gel developed at  Leeds’ School of Chemistry, penetrates the microscopic pores of a decaying tooth. The gel actually contains a peptide (called P 11-4) that develops into fibers and acts like a magnet for calcium.Read more…

Free birthing is based on the belief that childbirth is inherently safe and relatively painless provided we don’t live in poverty, and do not interfere either physically or psychologically. Drugs, machinery, and medical personnel are not only unnecessary in most cases, they are also no match for a woman’s own intellect and intuition. Birth is sexual and spiritual, magical and miraculous – but not when it’s managed, controlled, and manipulated by the medical establishment, or hindered by the mother’s own mind. 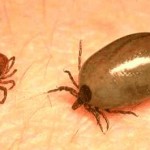 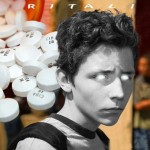 Americans, who represent about 5 percent of the world’s population, are the most highly vaccinated and drugged population on the planet. We consume nearly 40 percent of all pharmaceutical products sold. In 2009, doctors ordered 4 billion prescriptions for Americans, which is one big reason why annual health care costs are nearly $3 trillion dollars in the U.S. Half of all Americans, including 25 percent of our children take one or more prescription drugs. Read more from NVIC… 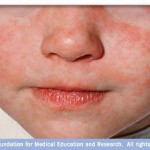 (NaturalNews) Big Pharma, the CDC and other public health organizations tell the mainstream media (MSM) what to report about outbreaks and epidemics. So you may have the impression that recent measles outbreaks are occurring because of MMR (measles, mumps, rubella) vaccination refusals.  According to official public health documents kept from public attention, the opposite is true. Many stricken with measles have had the full array of three MMR vaccinations.   Learn more…