Decision was based on “evidence” 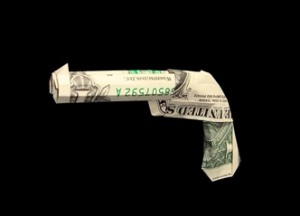 EXCERPT: With the world reopening, and even U.S. blue states and cities repealing mandates, how optimistic should we be? A little bit is warranted but not that much. What we are seeing right now in Ottawa reveals the hegemonic depth of the system that gave us lockdowns, then mandates: it is now capable of freezing your accounts and essentially starving you and your family.

Comment VLA: If the Great Reset happens….cashless society…Biden succeeds in his attempt to have IRS monitor all bank accounts of American’s who move more than $600 through their account….we will all be subject to asset freezing…say for example…if you don’t pay a parking ticket…or have a dispute. The Canadian Trucker event signals economic and social Totalitarianism for each and every one of us. BEWARE!

How Long Do the Vaccinated Have to Live?
August 8, 2021 digigod

How Long Do the Vaccinated Have to Live?

I deferred this question to a friend of mine, Dr. Mylo Canderian, Ph.D. [born Milos Iskanderianos, Corfu, Greece, 1938], who developed the patent for Graphene Oxide for use as a Hematological Bioweapon in 2015.

In full transparency, Dr. Canderian is what I would call a “Genocidal Globalist,” who follows Precept Ten of the Georgia Guidestones, which is very seldom discussed, stating “Be not a Cancer upon the Earth; Leave Room for Nature.”

Dr. Canderian is a Medical Contributor to the World Health Organization and is also very supportive of Klaus Schwab and the “Great Reset,” ushering in one world digital currency which is a secondary goal of the WHO for 2022.

Dr. Canderian is of the opinion that 95% of the world’s population are “Useless Eaters” who need to be euthanized as quickly as possible.

“Look at downtown Chicago, Baltimore, or Los Angeles,” he has stated, “and you will clearly see why the Useless Eaters must be put down like rabid dogs.”

He has expressed his disdain for “Infectious Educators” who promote Critical Race Theory, and is confident that the “vaccine” will put an end to “Human Cancer Upon the Earth.”

Dr. Canderian is an ardent supporter of Freemasonry’s Duty and Obligation to rid the world of the “Plague of Humanity.”

Yet on a personal level, he and I share a passion for the same exotic dish served at L’emince de Veau in Geneva: Cream of Hummingbird Soup followed by Elk Tongue.

We both are fans of Chef Gaston Sere de Rivieres, who is a culinary genius.

So, I asked Mylo, “How can the “vaccinated” know with certainty how long they have to live once they have been jabbed?”

He presented me with the information, called the “End of Cycle Formula.”

He explained how easy it is to calculate.

“The Power of Simplicity,” he said. “There is a maximum cycle of ten years from injection to End of Cycle,” [or death], he elaborated. “And it is extremely easy to determine.”

He said any hematologist can see it within seconds under a microscope, and even more readily under an electron microscope. “The percentage of blood affected [or contaminated] by or with Graphene Oxide is the reciprocity of the End of Cycle calculation,” he divulged.

In other words, an “inoculatee” [as he calls anyone jabbed with the Experimental Use Authorization Eugenics Depopulation Lethal Injection Bioweapon] having 20% Graphene Oxide deterioration in their blood will, barring any other input criteria, live for 8 years. [10 years less 20%].

Someone with 70% Graphene Oxide deterioration will not live more than 3 years. [10 years less 70%].

Dr. Jane Ruby recently was interviewed by Stew Peters on his podcast and showed examples of what the deteriorated blood looks like when exposed to Graphene Oxide.

Graphene Oxide, for those who are unaware, is the component of Messenger RNA spike proteins and prions, which is at war with the heart, lungs, brain and blood for oxygen.

Graphene Oxide is an oxygen sponge which deprives the body of necessary oxygen and causes many complications, including but not limited to anaphylactic shock, toxic blood clotting, fatal lung paralysis, mitochondrial cancer, and endothelial cancer.”

Dr. Mylo Canderian’s viewpoint is much the same as Klaus Schwab, Bill Gates, and the Big Pharma CEO’s: LET THEM ALL DIE!

I asked Mylo what the effect of second and third shots and boosters do and how that changes the End of Cycle table.

Mylo replied: “It is all measurable through hematological testing. The more shots and boosters the imbeciles get, the worse their blood will look under a microscope, and the quicker they will turn to fertilizer.”

Finally, I asked him how the plot to kill so many billions of people could be kept so secret by such a group of elites.

His answer was: “You don’t know much about Freemasonry, do you, Steve?”

And there you have it.

Trudeau’s Deputy, Chrystia Freeland, Whose Grandfather Was a Prominent Nazi and Who is Director at the World Economic Forum, Says She Plans to Make Her Emergency Powers Permanent 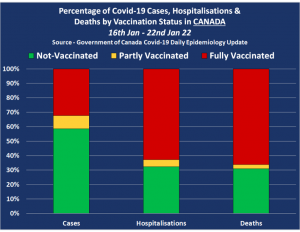 COVID-19 deaths across Canada are currently exceeding the numbers recorded in previous waves when there were no COVID-19 vaccines available to the public. Official data published by the Government of Canada confirms it is the fully vaccinated population who account for the majority of these new deaths – 7 in every 10 to be exact – proving Canada is in the midst of a ‘Pandemic of the Fully Vaccinated.”