The National Vaccine Information Center has volunteers in all 50 states opposing legislative efforts to impose mandatory vaccines and take away informed consent and the freedom to refuse medical treatments like vaccines.

They have successfully mobilized the American public through grassroots efforts to oppose most of these bills that have been proposed in recent years.

The following is their 2018 annual report. To keep up to date on what is going on in your state regarding vaccine laws. 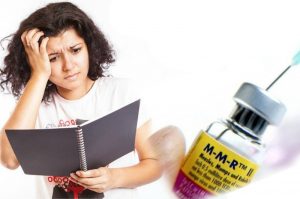 “I’ve seen this evolve over almost 35 years now. It became clear several decades ago that the goal of public health officials and the medical trade organizations and industry was to have everyone in the country … have to get every single government-recommended vaccine … That is what I saw happening, but I didn’t know how long it was going to take.

In 1960, 3 years before the measles vaccine was licensed, the death rate for that infection the death rate for that childhood infection was 0.2 cases per 100,000 persons. Before the chickenpox vaccine was licensed in 1995 there were about 100 deaths per year in a US population of 260 million people. A case of measles and chickenpox does not come close to qualifying as a public health emergency that requires a person to be taken into custody by a government official.

The CDC is arguing that the ongoing persistence of measles in the United States provides a good example for the need of this NPRM (A Notice of Proposed Rulemaking).

THE  HIDDEN PHARMACEUTICAL STRATEGY FOR A WORLD WIDE ELIMINATION OF CHILDHOOD DISEASES STARTING WITH MEASLES AS THE FLAGSHIP MODEL:

Bioengineering researchers have discovered that natural measles protects and many kinds of cancers (see studies below). Therefore, they have genetically engineered the measles virus (patent information). to use it ostensibly to cure cancer that the population would not have gotten if they were naturally inoculated.   By eliminating the natural measles virus, the Biotech industry will have a locked-up market for what they see is a cure for certain cancers.  Rather than allowing the population to get the natural minor childhood diseases (for free), building up natural strength of the immune system and protecting the individual against major diseases like cancer, the pharmaceutical industry is genetically engineering the measles virus, facilitating cancer in the population, then offering the costly “potential” cure that the have patented and therefore solely own.

GENETICALLY ENGINEERED virus, administered at high dose, the virus set about destroying the cancer cells, leading to complete remission and no tumors for 9 months. Currently, 11 months after treatment, the patient is still cancer free.The larger effects of this step will be discovered soon, a trial for 20 patients has been approved for September, 2014. In addition, the measles virus, as well as other viruses, will be studied for their potential to cure other types of cancer.  Read more…

This is a genetically engineered virus strain of the natural childhood measles, advanced by researchers, having observed that “naturally gained” wild viruses protect against various forms of cancer:

MEASLES: Glaser et al also found that lymph cancer is significantly more likely in adults who were not infected with measles, mumps or rubella in childhood [In J Cancer 2005; 115(4): 599-605].

CHICKEN POX (VARICELLA Canniff J., Donson A.M., Foreman N.K., Weinberg A. Cytotoxicity of glioblastoma cells mediated ex vivo by varicella-zoster virus-specific T cells. J Neurovirol. 2011;17(October (5)):448–454. [PubMed] Canniff et al. reported an association between those individuals with clinical or laboratory evidence of varicella-zoster virus (VZV) infection and lower risk of glioma.A glioma is a type of tumor that starts in the brain or spine. It is called a glioma because it arises from glial cells.

The proposed vaccine policy is an industry strategy that would bring indescribable harm, pain & suffering to the population albeit that the pharmaceutical industry would benefit greatly from a policy to eliminate natural childhood virus:

Eliminates the religious belief exemption to vaccination in Maryland

Eliminates both the religious and philosophical belief exemptions in VT

Requires all school students, teachers, administrators, and staff members to be fully vaccinated

HPV Vaccines for minors without parental consent or knowledge

Restricts the religious exemption to vaccination by changing the language

Today, the most common argument used to justify “no exceptions” mandatory vaccination laws is that unvaccinated people pose a serious health threat to otherswho “cannot be vaccinated,”