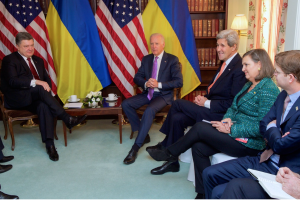 John Solomon: Debunking some of the Ukraine scandal myths about Biden and election interference

White House Transcript Of P… by The Daily Caller on Scribd

Trump signs order to curb IRS from abusing Civil Forfeiture for small businesses.
However VLA is wondering if that goes for highway stops, airport stops of civil forfeiture. 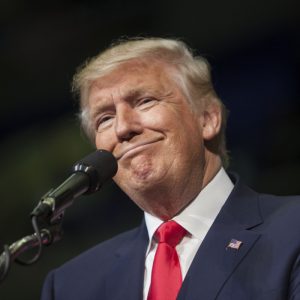 As an entertainment journalist (Liz Crokin), I’ve had the opportunity to cover
Trump for over a decade, and in all my years covering him I’ve never
heard anything negative about the man until he announced he was
running for president. Keep in mind, I got paid a lot of money to dig up dirt on celebrities like Trump for a living so a scandalous story on the
famous billionaire could’ve potentially sold a lot of magazines and
would’ve been a Huge feather in my cap.

Instead, I found that he doesn’t drink alcohol or do drugs, he’s a
hardworking businessman.

On top of that, he’s one of the most generous celebrities in the world
with a heart filled with more gold than his $100 million New York
penthouse.

Since the media has failed so miserably at reporting the truth about
Trump, I decided to put together some of the acts of kindness he’s
committed over three decades which has gone virtually unnoticed or
fallen on deaf ears.

• In 1986, Trump prevented the foreclosure of Annabell Hill’s family
farm after her husband committed suicide. Trump personally phoned
down to the auction to stop the sale of her home and offered the widow
money. Trump decided to take action after he saw Hill’s pleas for help in news reports.

• In 1988, a commercial airline refused to fly Andrew Ten, a sick
Orthodox Jewish child with a rare illness, across the country to get
medical care because he had to travel with an elaborate life-support
system.
His grief stricken parents contacted Trump for help and he didn’t
hesitate to send his own plane to take the child from Los Angeles to
New York so he could get his treatment.

• In 1991, 200 Marines who served in Operation Desert Storm spent time
at Camp Jejune in North Carolina before they were scheduled to return
home to their families. However, the Marines were told that a mistake
had been made and an aircraft would not be able to take them home on
their scheduled departure date. When Trump got wind of this, he sent
his plane to make two trips from North Carolina to Miami to safely
return the Gulf War Marines to their loved ones.

• In 1995, a motorist stopped to help Trump after the limo he was
traveling in got a flat tire. Trump asked the Good Samaritan how he
could repay him for his help. All the man asked for was a bouquet of
flowers for his wife. A few weeks later Trump sent the flowers with a note
that read: We’ve paid off your mortgage.

• In 1996, Trump filed a lawsuit against the city of Palm Beach,
Florida, accusing the town of discriminating against his Mar-a-Lago
resort club because it allowed Jews and blacks. Abraham Foxman, who
was the Anti-Defamation League Director at the time, said Trump put the light on Palm Beach not on the beauty and the glitter, but on its seamier side of discrimination. Foxman also noted that Trump’s charge had a
trickle-down effect because other clubs followed his lead and began
admitting Jews and blacks.

• In 2000, Maury Povich featured a little girl named Megan who
struggled with Brittle Bone Disease on his show and Trump happened to
be watching. Trump said the little girl’s story and positive attitude
touched his heart. So he contacted Maury and gifted the little girl and her
family with a very generous check.

• In 2008, after Jennifer Hudson’s family members were tragically
murdered in Chicago, Trump put the Oscar-winning actress and her
family up at his Windy City hotel for free. In addition to that,
Trump’s security took extra measures to ensure Hudson and her family members were safe during such a difficult time.

• In 2013, New York bus driver Darnell Barton spotted a woman close
to the edge of a bridge staring at traffic below as he drove by. He
stopped the bus, got out and put his arm around the woman and saved
her life by convincing her to not jump. When Trump heard about this story, he sent the hero bus driver a check simply because he believed his good deed deserved to be rewarded.

• In 2014, Trump gave $25,000 to Sgt. Andrew Tamoressi after he
spent seven months in a Mexican jail for accidentally crossing the
US-Mexico border. President Barack Obama couldn’t even be bothered to
make one phone call to assist with the United States Marine’s release; however, Trump opened his pocketbook to help this serviceman get back on his feet

• In 2016, Melissa Consin Young attended a Trump rally and tearfully
thanked Trump for changing her life. She said she proudly stood on
stage with Trump as Miss Wisconsin USA in 2005. However, years later
she found herself struggling with an incurable illness and during her
darkest days she explained that she received a handwritten letter from
Trump telling her she’s the bravest woman, I know. She said the
opportunities that she got from Trump and his organizations
ultimately provided her Mexican-American son with a full-ride to college

• Lynne Patton, a black female executive for the Trump Organization,
released a statement in 2016 defending her boss against accusations
that he’s a racist and a bigot. She tearfully revealed how she’s
struggled with substance abuse and addiction for years. Instead of kicking her to the curb, she said the Trump Organization and his entire family
loyally stood by her through immensely difficult times.

Donald Trump’s kindness knows no bounds and his generosity has and
continues to touch the lives of people from every sex, race and
religion. When Trump sees someone in need, he wants to help. Two
decades ago, Oprah asked Trump in a TV interview if he’d run for president. He said: If it got so bad, I would never want to rule it out totally, because I really am tired of seeing what’s happening with this
country.

VLA COMMENT: You can see Trump is a man with a lot of HEART! LOOK FOR YOURSELF, NOT ON CNN