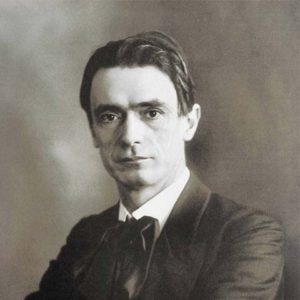 The whole trend goes in a direction where a way will finally be found to vaccinate bodies so that these bodies will not allow the inclination towards spiritual ideas to develop and all their lives people will believe only in the physical world they perceive with the senses. Out of impulses which the medical profession gained from presumption — oh, I beg your pardon, from the consumption they themselves suffered — people are now vaccinated against consumption, and in the same way they will be vaccinated against any inclination towards spirituality. This is merely to give you a particularly striking example of many things which will come in the near and more distant future in this field — the aim being to bring confusion into the impulses which want to stream down to earth after the victory of the spirits of light.

Inflammation is associated with down regulations of hepatic and extrahepatic CYP enzymes drug metabolism.

The CYP represent a superfamily of enzymes with a key role in the activation or inactivation of a plethora of therapeutic agents. CYP enzymes are involved in the metabolism of xenobiotic substances. Cytochromes present intra- or interindividual and intra- or interethnic genetic polymorphisms. Variations in the pharmacokinetic drug profile are linked to the rising toxicity following a declining metabolism, reduced efficacy of the drug, adverse drug interaction, and increasing production of toxic metabolites. The high-metabolic rate of the intestinal microbiota is due to its many enzymes which catalyze reactions in phase I and II drug metabolism. In case of a compromised intestinal barrier, there may be an increase in paracellular passive absorption.

It is evident that high-microbial abundance following intestinal disturbances, environment, aging, or food-associated diseases promotes the microbial metabolism of a drug before absorption. 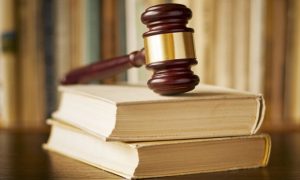 One of the biggest concerns is legal liability. Health care providers face a disconnect: Technology has outpaced their ability to interpret genetic results, such as a patient’s risk of breast cancer or heart attack from a particular mutation. Because of that, typical fallbacks including providing a rigorous standard of care—which can also act as a legal shield against malpractice claims—are becoming fuzzy. What is a doctor to do when a patient has results from a direct-to-consumer testing company like 23andMe and asks what implications they have for their health? Or when a lab notifies a doctor that a genetic variant their patient carries, thought meaningless 3 years ago, is now known to be harmful, but they can’t locate the patient? Can a testing lab be held liable for not regularly reviewing the scientific literature, to track science’s understanding of the gene variants it tests for?

This innovative 3-year project, based cooperatively at the University of Minnesota and Vanderbilt University, has convened a national Working Group of top legal and scientific experts to analyze current US federal and state law and regulation on translational genomics and to generate consensus guidance on what the law should be.

I’m sitting in a small coffee shop near Nokomis trying to think of what to write about. I scroll through my newsfeed on my phone looking at the latest headlines of Democratic candidates calling for policies to “fix” the so-called injustices of capitalism. I put my phone down and continue to look around. I see people talking freely, working on their MacBook’s, ordering food they get in an instant, seeing cars go by outside, and it dawned on me. We live in the most privileged time in the most prosperous nation and we’ve become completely blind to it.

Vehicles, food, technology, freedom to associate with whom we choose. These things are so ingrained in our American way of life we don’t give them a second thought. We are so well off here in the United States that our poverty line begins 31 times above the global average. Thirty. One. Times. Virtually no one in the United States is considered poor by global standards. Yet, in a time where we can order a product off Amazon with one click and have it at our doorstep the next day, we are unappreciative, unsatisfied, and ungrateful.

Our unappreciation is evident as the popularity of socialist policies among my generation continues to grow. Democratic Congresswoman Alexandria Ocasio-Cortez recently said to Newsweek talking about the millennial generation, “An entire generation, which is now becoming one of the largest electorates in America, came of age and never saw American prosperity.”

An attorney in the FDA Chief Counsel’s office regarding a court order to FDA made this really shocking statement, “Jonathan, the FDA will never abide by the Pearson decision.”2

Despite Jonathan’s noting it was a final and binding decision—an order of the court—the FDA attorney said, “That may be so, but I am telling you the FDA will never abide by that court decision, never, ever.”3   Emord tells us, “His words pierced to the very core of my being. Here was an agency’s legal officer telling me that the agency was, intentionally, lawless.”

A rogue industry out of control due to the U.S. Congress in 1986 bailing out the pharmaceutical industry because of a ‘boatload’ of lawsuits against their vaccines. Big Pharma threatened not to make any more vaccines, if it didn’t get product liability legal exemptions for damages from their vaccines.

It’s rather interesting that Big Pharma wanted, threatened and obtained their vaccine exemptions, but humans, parents, children and pets cannot have exemptions!  What happened to a level playing field?

As a result, the pharmaceutical industry is falling all over itself in a rush to produce close to 300 new vaccines. Does that mean the CDC/FDA will mandate a vaccine a day for everyone in the USA?  That should be considered criminal: Injecting neurotoxins which have not been tested for safety when given in combinations of up to nine vaccines at one time, especially to 4 and 6 month old babies!

The human cytochrome P450 (CYP) superfamily comprises 57 genes. These genes code for enzymes that can have a role in: metabolism of drugs, foreign chemicals, arachidonic acid and eicosanoids; cholesterol metabolism and bile-acid biosynthesis; steroid synthesis and metabolism; vitamin D(3) synthesis and metabolism; retinoic acid hydroxylation; and those of still unknown function. Cytochrome P450 was once believed to be mainly a hepatic drug detoxication system, but is now understood to include a myriad of enzymic reactions implicated in important life processes. Mutations in many CYP genes cause inborn errors of metabolism and contribute to many clinically relevant diseases. [2]

Question:  Are metabolism differences in CYP genes the cause of many vaccine adverse reactions, especially brain encephalopathy that precipitates Autism and other clinically relevant diseases in infants, toddlers and even adults?  Was that the reasoning why a Vaccine Court Master awarded Hannah Poling’s Autism claim $1.5 million plus ongoing $500,000 per year for life [4]?  READ MORE…

Cyp 450 superfamilies in infants and children.

Synopsis:  Infants do not have a mature liver or liver enzyme function such as Cytochrome P450 and its various metabolites until the age of three years old. Hence upwards of 36 vaccine doses by 18 months old containing the above excipients are poisoning the world’s emerging humanity.:

During the “Health in Buildings Roundtable” sponsored by the NIH & co-organized by the US CDC and several other organizations, Dr. Martin Pall from the Washington State University (WSU) concluded that the “5G rollout is absolutely insane”

If a law prevents a company from deploying their agenda because of harm to others, but the company does it anyway — and somehow the company and its executives escape immediate judicial or police action — then the Rule of Law is no longer in effect.

Despite that, the majority state-owned Swisscom defied these laws on April 17, when they activated 5G stations in 102 locations in Switzerland, including Basel, Bern, Chur, Davos, Geneva, Lausanne (Vaud) and Zurich. They did so by upgrading existing antennas installed for previous generations of wireless technology. read more…