Since VICA (the Vaccine Injury Compensation Act) forbids recoveries for product defect or negligence, Ajalat brought Jennifer’s civil case under the theories that Merck committed fraud during its clinical trials and then failed to warn Jennifer (and, by implication, other injured girls) about the high risks and meager benefits of the vaccine.

These include the firms most feared by Pharma: Weitz & Luxenberg (countless major pieces of litigation over 30 years), Morgan & Morgan (Vioxx, Phenphen, Breast Implants, Tobacco), Baum Hedlund, (Monsanto $289 million verdict 2018 and the $54 million 2000 verdict against Bayer in Haemophiliac/AIDS case) as well as Children’s Health Defense’s own Robert F. Kennedy, Jr. and Kim Mack Rosenberg (a co-author of The HPV on Trial).

VLA Comment: If Blumenthal is so against 5 G then, then why would he support the Democrat’s Green New Deal which is smartmeters, 5 G, etc. See Naomi Wolf explain Green New Deal.
Weapons and microwave top physicist VLA Comment: 1 in 8 children in the future will be born healthy.

Klickitat County, WA — In reaction to the tragic shootings throughout 2018, Washington state has passed and is planning to pass a slew of new anti-gun bills that will make them one of the most regulated states in the country. But these bills are being met by resistance from an unlikely group. A handful of sheriffs is standing up to the “unconstitutional” nature of the bills and is promising disobedience.

Sheriff Bob Songer is one of these sheriffs who is outspoken about his resistance. During an interview with the Guardian, published over the weekend, Songer told the newspaper that the anti-gun legislation passed last November “is unconstitutional on several grounds. I’ve taken the position that as an elected official, I am not going to enforce that law.”

Songer—like every single sheriff and law enforcement officer in the country—swore an oath to uphold the Constitution, and now he’s overtly honoring it by protecting the Second Amendment.  READ MORE…

Now you can sue over thumbprint taken without informed consent

In a ruling that could ripple across the nation’s biometric industry and target Facebook’s use of face surveillance without users’ consent, the Illinois Supreme Court has concluded companies can be sued for collecting such data without informed consent.

“Users don’t need to prove an injury like identity fraud or physical harm – just losing control of one’s biometric privacy is injury enough,” concluded the Electronic Frontier Foundation, which participated in the case.

In Rosenbach v. Six Flags a mother sued on behalf of a 14-year-old son whose thumbprint was taken at the amusement park without informed consent in apparent violation of the Illinois Biometric Information Privacy Act.  READ MORE…

VLA COMMENT: The airport once took my print as I was getting on the security line. I was too discombobbled to respond.  And got seduced into putting my finger on the scanner. 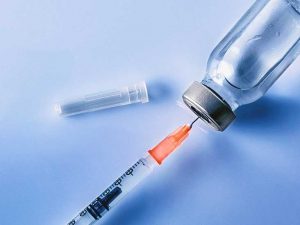 The bill introduced by Sen. Paul Boyer, R-Phoenix, would require that any health professional provide not just the positive effects of vaccinations but also the full list of ingredients and side effects before a vaccine could be administered. He pointed to a list from the U.S. Centers for Disease Control and Prevention that says vaccines may variously contain phosphate, bovine serum, formaldehyde, fluoride, yeast extracts or human diploid fibroblast cell cultures (cultures of human fetal tissue).”  READ MORE…

CDC vaccine excipients (This is the CDC chart of ingredients)

This reflects an opposition to:

Japan’s supreme court upheld a law that requires transgenders to be sterilized before their gender can be changed on official documents. The law also requires the person to have “a body which appears to have parts that resemble the genital organs of those of the opposite gender.” The panel of four justices said the measure was intended to prevent problems in parent-child relations that could lead to societal confusion. In other words, the court was trying to raise the barrier to legal recognition of gender contradiction. – READ MORE…

In 2014 I was a healthy 27 year old female working in healthcare. I moved from a small town in Nova Scotia to Edmonton and for all intents purposes was enjoying life. That year I was planning a vacation to South Africa and Rwanda for both volunteer work as well as a trek into the Rwandan rain forest to see the mountain gorillas. In order to gain entry into Rwanda I was required to have a yellow fever vaccine and decided that my best choice was to go to a Travel Health Services clinic and booked the appointment.

Excerpt:  Confirmed by 3 Neurologists in two provinces I had Transverse Myelitis due to a vaccine. Although I responded quickly to treatment and regained movement in my leg I went roughly 6 months with half my body numb, I was on pain medication for 2 years and nearly 5 years later I am still on medications for my bladder. Along with the 14mm lesion on my spinal cord I also suffered 8 brain lesions and recently have been diagnosed with MS. READ MORE…

As to the new 5G towers, they will come with the ability to fire irradiated beams around you and through you that now be backed by as much as 30,000 watts of directed, aimed, amplified power.  No, that’s not a misprint.  Thirty Thousand.  Watts.  They say some arrays may also be able to collectively gather as much as 900,000W of firing power; if the telecom they sold enough of these new bandwidths to chooses to use it.

Just to give you a small idea of how dangerous this new tech is, your current phones use around ½ to 2W of power.  5G phones will use around 20W.

Here’s a doozie for you. The new internet frequency is going to be 60 GHz in speed. 60 GHz, by the by, just happens to be the PRECISE frequency that causes your body’s water cells to do a jig; and in the process, causes them to stop binding to oxygen.

Because of this, towers will be installed close together, and by the hundreds…nay, by the thousands even; every 200 feet or so; or, they’ve also said, every 2-12 houses; and will be installed, on light poles and street-level locations just in front of, YOUR home (should you be lucky numbers 2 or 12.); instead of on very tall towers way over your head.  I say, at this point, you might as well install one right in your living room.  Better yet, why not just stick your heads in the microwave, and push the “ON” button.  It will probably be a much faster and therefore, a more humane way to go, as well as a much kinder fate.

PDF Freedom of Information Sioux, Iowa  (use this template to request FOIA from your town or city)

FULL LINK ON 5G (VIDEOS, 5 G, LED SYSTEM, THE GREEN NEW DEAL–THE WHOLE CONNECTION TO CRYPTOCURRENCY AND THE TAKE OVER BY ADMINISTRATIVE LAW IN CONGRESS, NOW...FOLLOW THE MONEY!

VLA Comment on Solution: It appears that the momentum is great and that 5G is already installed in many places worldwide.  In the vaccine issue we have never been able to effect change in the establishment but we have been able to wake parents up to the dangers of vaccines to which they had the alternative to request a religious exemption in the majority of states and a conscientious objection in other states. However, California removed all exemptions except medical which is near impossible to get.  Hence, in California no child is allowed to get an education in public or private schools without being fully vaccinated. Without the exemptions all children will be assaulted by nearly 80 vaccinations by the time they graduate high school.  However, what I have come to realize is that debilitating the population from birth is simply a prelude to the 5 G Beast which will kill us all and destroy humanity, leading to the open door of TRANSHUMANISM. The warning of Rudolf Steiner, who stated in the early 1900s that there will come a time when vaccines would preclude the ability to think spiritually has come to pass. The only solution is to raise one’s individual frequency through daily and regular meditation,  Apparently, the Ahrimanic and Luciferian eighth sphere frequency can not penetrate or degrade this higher frequency and so when we shuffle off this mortal coil we will be rather automatically prevented from slipping into the eighth demonic sphere (namely hell). However, as far as health in this incarnation, high frequency will shield to a point, in my opinion, but it doesn’t look good…and with that thought… daily meditation to establish oneself in a higher frequency may fend off some deleterious effect of the 5 G Beast System but at least we know that when it is all done, as Rudolf Steiner indicates….we will go to the Jupiter sphere and continue our evolution in the Light of G_D!

GeneSight employs a proprietary algorithm to analyze 12 genes and assess how they impact patients’ ability to process dozens of psychotropic medications. The test report buckets depression treatments as red (significant gene-drug interaction), yellow (moderate gene-drug interaction), or green (use as directed.) When the test report shows that patients are on red or yellow medications, their doctors should consider changing the drug or dose, while patients on green medications don’t require a medication change.

This analysis “establishes a new standard of care” for physicians by demonstrating that patients on red medications must be identified and have their medications modified, said Dechairo. “This switching analysis has also been an important point in our payor discussions, as utilization management programs can focus on switching patients from red medications, which would deliver results even better than those in the GUIDED study,” he said.

Currently, the more than 300,000 GeneSight tests Myriad sells per year are largely ordered by psychiatrists. Once there is greater reimbursement traction, Myriad is planning a significant marketing push into the primary care market, including direct-to-patient advertising for the test, according to Capone.

GeneSight, which is a lab-developed test (LDT) performed in a CLIA-certified lab, must be ordered by physicians.

Capone noted that the FDA has publicly stated that it will continue to practice enforcement discretion for LDTs, and leave it up to legislators to reform diagnostic regulations that may or may not bring LDTs under the agency’s oversight. In December, legislators in the House of Representatives and the Senate incorporated the FDA’s ideas for diagnostics regulatory reform into a draft bill that features a pre-certification program that labs could use to bring the majority of new diagnostics to market, while having to submit around 10 percent of tests for premarket review.  READ MORE…