Pfizer Vaccine “Does Not” Prevent Covid-19

Excerpt: Vaccine manufacturers claim that Covid-19 vaccines are 95 percent “effective,” but the FDA is allowing companies to define effectiveness as “prevention of mild symptoms.” The studies are not designed to detect a reduction in outcomes such as severe illness, hospitalization or death.1,2 For individuals who develop severe symptoms, the vaccine is not a remedy. 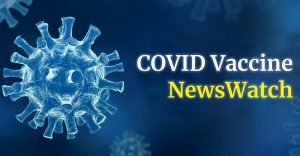 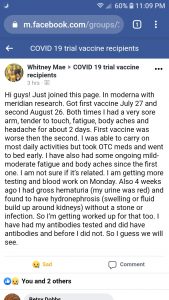 VLA Comment: The new untested, fast tracked RNA Vaccine: Nanotechnology using electroporation creating holes in our cells that allows our DNA to make proteins, making humanity into genetically modified organisms. This highly coordinated effort indicates there is a group of individual force behind this apparently plandemic. It is a globalist agenda. 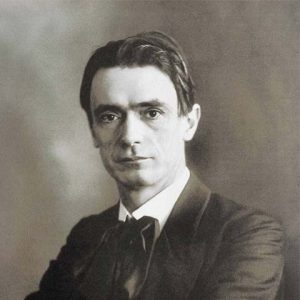 VLA COMMENT: It appears that Dr.Steiner, a Christian clairvoyant (1861-1925) knew then what appears to be culminating now. I find him very difficult to read and you will probably find that so, yourself.  Bottomline…It appears that the earth itself (not only humanity )has been through several epoch stages of evolution. As he tells us in his lecture “the eighth sphere” that the earth’s next destination is the 5th sphere of JUPITER.  However, there are the negative forces of Arhiman and Lucifer that is veering off those whose frequency are lowered by greed, materialism, corruption, immorality into the 8th sphere which can only be compared to Hell.

You might think it is a war simple between humans and the governments they created….but it is not. It is a spiritual war. Individual and collective human greed has resulted in the degradation of normal human frequencies of love and compassion.

Individuals who have been overtaken by “materialism”, by science, by technology are not only caught in the subphysical web of the Ahriman/Lucifer Archontic frequencies of the “eighth demonic sphere (Steiner) but are channels..hosts… for Ahriman… as seen by the final blow to humanity of the wide spread 5G spider web network.

“It must be noted that Dr.Steiner, a Christian clairvoyant (1861-1925), stated “The whole trend goes in a direction where a way will finally be found to vaccinate bodies so that these bodies will not allow the inclination towards spiritual ideas to develop…

It is said by modern occultists that Bill Gates is from the school of Ahriman (think soul and metaphysics). And who is Ahriman?

The Ahrimanic stream, the force of materialism and cutting off from the spiritual worlds, works to make things more heavy and dense, until eventually the world becomes so dense that man, and particularly the new man, the spiritual man of the future evolutionary stages, is unable to exist on it.

The Luciferic stream is the opposite. It strives to prevent man from incarnating on the Earth (the true theater of divine evolution) by creating secondary worlds that are so attractive that people don’t want to incarnate on the Earth. The Chinese Buddhist concept of the Western Paradise of Amitaba or of Kuan Yin is a good example of this. So bodies will be born without spirits, because all the spirits are in the Western Heaven (metaphorically speaking). This would prevent the Earth from having humanity on it; humanity being precisely the carrier of the Christ impulse which is to bring about the spiritualization of the Earth.

If the double machinations of Lucifer and Ahriman were to succeed, the world would become hard and devoid of spirit, and would enter a different phase of evolution to the one the Gods intended: the Eighth Sphere rather than the Jupiter stage. (The term “Eighth Sphere” is derived from Theosophists like Leadbeater, who refer to a lower and unpleasant realm – a sort of hell or underworld – beneath the seven normal planes of evolution).

VLA COMMFENT: Dr. Cameron Kyle Sidell speaks out to expose that the wrong protocol is being used to save Coronavirus patients who are at the stage of lung problems. He says the use of ventilators are the wrong treatment. He asserts that the symptoms are more like high altitude problems where patients are being starved on oxygen, not a muscular problem to which ventilators are applied to help the patient breathe.

“COVID-19 lung disease, as far as I can see, is not a pneumonia and should not be treated as one. Rather, it appears as if some kind of viral-induced disease most resembling high altitude sickness. Is it as if tens of thousands of my fellow New Yorkers are on a plane at 30,000 feet at the cabin pressure is slowly being let out. These patients are slowly being starved of oxygen.“ 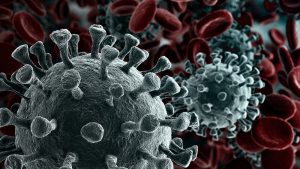 5G exposure may alter the structure and function of hemoglobin, “causing coronavirus patients to die from oxygen deprivation”

What’s especially horrifying about the critical care of coronavirus patients is that they aren’t suffering from “viral pneumonia,” but rather from an inability to absorb or carry oxygen in the blood.

How does blood transport oxygen in the first place?

How, exactly, can all these patients be starved of oxygen when their lungs are technically working just fine? To understand one possible answer, you have to first understand how the blood carries oxygen. It’s way more fascinating than you might have supposed.

When functioning normally, 1 molecule of hemoglobin binds with 4 molecules of oxygen, using iron (Fe2+), forming oxyhemoglobin. But this binding is only achieved because of something called “partial pressure” which means the concentration of oxygen in the lung tissues is higher than the concentration of oxygen on the hemoglobin molecule (roughly stated, this is simplified somewhat), so the oxygen “leaps” to the hemoglobin in order to equalize the partial pressures across the chasm. 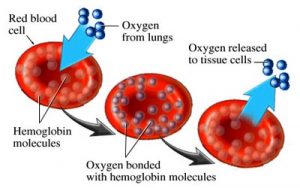 VLA Comment: 100% cure with Chlorquine drug protocol vs. a Vaccine. The covid 19 Vaccine is an RNA vaccine and it would be the first RNA vaccine…totally untested.