Establishing the New Jerusalem in Ukraine by 2027 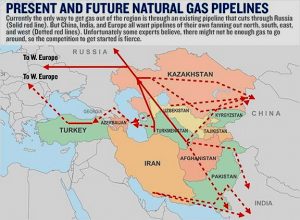 It was Qatar which started the Syrian War. Angered by Assad refusing access for its pipeline to the EU, Qatar funded the ISIS to destroy Assad. The wars in Yemen and Nigeria are a product of governments and their oil multinational partners enriching themselves and leaving bread crumbs for the poor populace, triggering the rise of rebels.

Maputo (IINA) – The Islamic Development Bank (IDB) and Bill & Melinda Gates Foundation have launched $500-million worth fund, called “Life and Living Fund,” to fight poverty and diseases. The decision was taken by Dr. Ahmad Muhammad Ali, president of IDB, and Bill Gates during the 40th annual meeting of the IDB, being held in Maputo, Mozambique, on Wednesday.The new fund aims to tackle poverty and disease in 56 IDB member countries, through support for health-care programs, small agricultural holdings and basic rural infrastructure.

Dr. Ali said that the fund will enable the Bank, through a combination of funding from donors and mobilized resources from the market, to provide additional funding of up to $ 2 billion, over five years, to fight poverty and disease in the member countries, especially the least developed member countries. The IDB president expressed hope that the fund would start operations in early 2016 thanks to the generous donations from the Gates Foundation and the Islamic Solidarity Fund for Development.

For his part, Bill Gates said that some member countries of the Organization of Islamic Cooperation (OIC) has achieved remarkable economic growth and stability, pointing out that more than one billion people in the world live in abject poverty, 400 million of whom live in the Muslim world.

The Gates Foundation is pushing chemically based agriculture and GMOs into Africa.

AGRA is part of a global trend that is being driven by big agritech that seeks to eradicate the small farmer and undermine local economies and food sovereignty by subjecting countries to the vagaries of rigged global markets.[5,6]

Giant agritech corporations like Monsanto with their patented seeds and associated chemical inputs are working to ensure a shift away from diversified agriculture that guarantees balanced local food production, the protection of people’s livelihoods and environmental sustainability.

The Gates Foundation has substantial shares in Monsanto.[14] With Monsanto’s active backing from the US State Department [15] and the Gates Foundation’s links with USAID [16], together they comprise a formidable geopolitical strategic force.

Those against the genetically engineering based industrialization Africa says “We stand together against the corporate control of our food systems, the lack of accountability of global institutions like the G8 New Alliance For Food Security and Nutrition, the Global Agriculture and Food Security Program (GAFSP), the United States (US) government’s Feed the Future Initiative, the Grow Africa Partnership, the Gates Foundation and its Alliance for a Green Revolution in Africa (AGRA), and others, that are forcing their policies and institutions upon the farmers of the world to open up markets and create spaces for multinationals to secure profits; against the monopolization of our seeds that criminalizes the historical farm practices of saving, sharing, selling and exchanging seeds; against the displacement and dispossession of small-scale farm producers and workers from their lands; against the new Green Revolution, the global Free Trade Agreements, “climate-smart agriculture” and “sustainable intensification”.

VLA comment: Lot of blah, blah, blah about women’s right to education. Bill Gate agenda sound altruistic at first blush…but if the virtual education is tied to the common core curriculum agenda then the whole world will be programmed the same-unfortunately programmed by the Corporate interests and the World govt. agenda as backed by Gates.

MOOC (Massively open online courses):  Learn about and explore tools to incorporate Common Core literacy standards into your content area. In this course you will explore Literacy Design Collaborative resources, and develop a plan to use one of those resources within your context.

Common Core was developed at the behest of two private Washington, D.C. lobbying organizations, the National Governors Association (NGA) and the Council of Chief State School Officers (CCSSO). Gates doesn’t address concerns that Achieve, Inc., the group that the NGA and the CCSSO assigned to develop the standards, did not include educators or child development specialists; that development was done behind closed doors; that the standards adopted in most states of the nation were never piloted, anywhere, by anyone; and that the federal government requires personally identifiable student information from schools as an integral part of Common Core.  Education, and Common Core – What is common core?

Bill and Melinda Gates Foundation has granted over $2 billion to Common Core development and implementation. Recent research by Jack Hassard, Professor Emeritus at Georgia State University, indicates that the Gateses have to date spent $2.3 billion on Common Core. (TruthInAmericanEducation.com, 3-18-14).

Gates is “a promoter of global sameness of education as defined by UNESCO and the United Nations.” (WhatIsCommonCore.wordpress.com, 3-28-13) Gates is certainly active within the United Nations and has expressed agreement with UN policies such as Agenda 21 is a UN-sponsored action plan that promotes “sustainable development” and global governance at the expense of private properties, individual liberty, and national sovereignty. Some Common Core concepts align with Agenda 21’s education goals.

Lima, Peru:  Bill Gates starting to get his hands on INNOVA

TRANSLATION: Innova Quality received from the Bill & Melinda Gates Foundation $ 100,000 . However, this is only a down payment on a bigger prize : $ 1 million could receive to strengthen research on new materials and packaging in order to develop…IN SPANISH  GATES DONATES TO INNOVA. 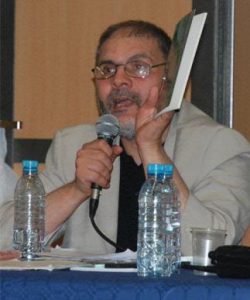 Re:  Religious exemption for all vaccines for my children…NAMES

To Whom It May Concern:

Allah, the Creator, the Designer, has organized for the destruction of most germs and viruses through natural means. Our bodies are holy.  As our beloved physician and prophet Muhammad, peace be upon him, has told us, for every disease there is a cure. Islam prohibits Muslims from taking any harmful medicine or substance.  If there is doubt or controversy, as in vaccines,  Islam orders us to leave it completely.  The final holy book, Al Qur’an, is my medical source for both prevention and cure of disease.  To best prepare the body, the Muslim is required to use permissible nutrition from Yayyib (natural) food and drink. The human body is holy.

I would respectfully note that both my children have been officially exempt since birth from taking vaccines from our country of origin, Bangledesh.

You can edit and use whatever you feel is aligned with your religious views.

Note:  If they want to interview you and ask you if you go to a doctor who has given your kids medicine (they are trying to get you to prove that you do take medicine)…Say no, if natural means are available.  If a natural cure is not available, “If I am in doubt, I pray to Mohammed, the great physician, peace be upon him, to move forward or not.  I have prayed about vaccines.  Accordingly, the answer to my prayers is consistent.  Vaccines are haraam.

VLA Comment: At the end and in 2013 Rob cites that there would be Congressional Hearings on this issue. Guess what..it is 2015, now…no hearings just 110 vaccine bills across the country taking away religious exemptions and forcing vaccines on kids without their parents consent.