FARMER’S TOLD TO DESTROY THEIR CROPS 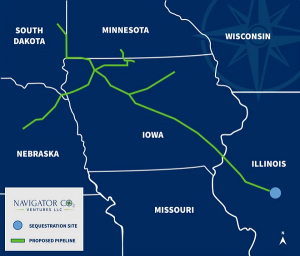 The war on carbon is a war on carbon-based life… and that’s us! “Decarbonization” is depopulation. Eliminating carbon means eliminating the human race.

The decarbonization terraforming of planet Earth is now under way. A new project has already been launched that will install mega machines across five U.S. states to harvest “life molecules” out of the atmosphere in an effort to shut down photosynthesis and unleash global food crop failures that destroy human civilization.

Farmland is already being seized in Iowa via eminent domain to build the mechanical infrastructure that will render Earth’s atmosphere inhospitable to plant life, animal life and human life, if it is allowed to continue to operate.  Landowners will be compensated for the use of their sub-surface geology, which is also called pore space. Which they will want to do because they will be paid highly.  After the disruption to build the pipeline, they can resume their farming and continue to get paid for their underground rights.

Carbon capturing and sequestration (CCS) technology captures carbon emissions produced by agricultural processes (like ethanol production) before they reach the atmosphere. The captured greenhouse gases are then processed and compressed into a liquid form that can be safely transported to a sequestration site, where the CO2 is securely and permanently injected approximately a mile underground beneath thick layers of rock with continued monitoring. After injection, the CO2 will remain trapped beneath the caprock and begin to dissolve and mineralize.

Because sequestration occurs deep underground, far below water resources used by communities and farms, landowners’ use of the land will remain unchanged. Landowners will be compensated for the use of their sub-surface geology, which is also called pore space.