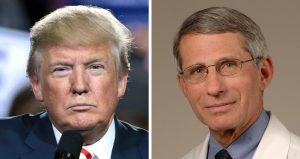 ZOONOTICS: How to infect humans with animal viruses research

Zoonotic: Pertaining to a zoonosis: a disease that can be transmitted from animals to people or, more specifically, a disease that normally exists in animals but that can infect humans. There are multitudes of zoonotic diseases.

The  potential scandal is magnified by the fact that the Chinese were not conducting these dangerous experiments on their own; much of the research at the Wuhan Institute of Virology labs was being advocated, defended, and funded by the leadership of the United States National Institutes of Health and the United States Agency for International Development, in coordination with the World Health Organization and various U.S. universities and institutes.

Anthony Fauci and Francis Collins have been publicly promoting and defending dangerous “gain of function” studies on viruses since the first experiments of the kind were announced in 2011. Such studies, which seek to make viruses infectious in new species of mammals and even humans, were being done in the Wuhan Institute of Virology, the suspected source of the COVID-19 outbreak that is now sweeping the world – and they were being done in part with funding from the National Institutes of Health, as well as the U.S. Agency for International Development.

“Gain of Function” research seeks to take animal viruses from bats, birds, and other non-human virus carriers, and to genetically modify them to alter their mode of functioning, enabling them to become infectious in other animal species, even in humans. Medical researchers have repeatedly expressed alarm regarding such experiments, arguing that they could inadvertently cause new pandemics.

Advocates of gain of function research ultimately prevailed when the U.S. Department of Health and Human Services began to allow funding for such experiments in 2018 – a decision that was publicly applauded by Anthony Fauci, whose NIAID began paying for the research at a U.S. facility. The approval, which appears in the document “Guiding Funding Decisions about Proposed Research Involving Enhanced Potential Pandemic Pathogens” explicitly allowed for the creation of viruses that could cause a pandemic, that is, a “potential pandemic pathogen” (PPP), even one whose potency has been enhanced artificially, if certain criteria are met.

VLA Comment: You might ask why we would have our researchers take animal viruses and force them to jump species to infect humans which would otherwise not occur in nature.  The answer, I heard was so that if a foreign nation develops a gain of function that allows an animal virus to infect a human…we would be prepared by doing it ourselves and then working on finding an antidote.  READ MORE… 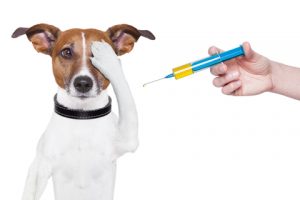 “In a previous post, Over-vaccination of dogs with unnecessary ‘boosters’, I suggest use of the questionable term ‘booster’ in relation to canine core modified live virus (MLV) vaccines for parvovirus, distemper virus and adenovirus is resulting in extensive unnecessary over-vaccination of already immune dogs. 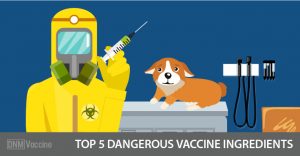 Why did the vets advocate a three year recommendation when the data showed vaccines lasted for at least seven years?

“Profits are what vaccine critics believe is at the root of the profession’s resistance to update its protocols. Without the lure of vaccines, clients are less inclined to make yearly veterinary visits. Vaccines add up to 14 percent of the average practice’s income, AAHA reports, and veterinarians stand to lose big. I suspect some are ignoring my work,” says Schultz, who claims some distemper vaccines last as long as 15 years. “Tying vaccinations into the annual visit became prominent in the 1980s and a way of practicing in the 1990s. Now veterinarians don’t want to give it up.”

VLA COMMENT: The food and the vaccines for animals who used to thrive by eating the left overs and not being vaccinated…like unvaccinated, healthy, organic kids…lived long and happy.  (with the exception, perhaps, from incestual breeding) 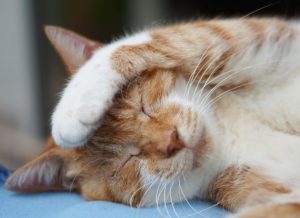 Essential Oils That Are NOT SAFE for Cats

What Essential Oils Can Be Safe for Cats? 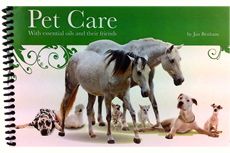 This book contains everything you wanted to know about using essential oils on dogs, cats, and horses. Learn how to make organic products with healthy and all natural ingredients and tips on how to start your own pet care business.

The world produces an estimated 10 tons of plastic a second, and between 5 million and 14 million tons sweep into the oceans every year. Some of that debris washes up on beaches, even on the world’s most isolated islands. About 5 trillion pieces currently float in surface waters, mostly in the form of tiny, easy-to-swallow fragments that have ended up in the gut of albatrosses, sea turtles, plankton, fish, and whales. But those pieces also sink, snowing into the deep sea and upon the amphipods that live there.

Brooks eventually found plastic fibers and fragments in 72 percent of the amphipods that the team collected, from all six trenches that they had surveyed. In the least polluted of these sites, half of the amphipods had swallowed at least one piece of plastic. In the 6.8-mile-deep Mariana Trench, the lowest point in any ocean, all of the specimens had plastic in their gut.

PHOTO: Racecourses are undergoing “deep cleans” while more than 100 stables are in danger

Vaccination against equine influenza is mandatory for all racehorses and equines used competitively for other sports like showjumping.

The particular concern with the current outbreak is that the horses which tested positive were vaccinated against the disease. Read more…

Many diseases are caused because the body does not naturally produce enough of a certain chemical or protein. Such diseases can be controlled with drugs that contain the deficient protein. These drugs are synthetically produced by pharmaceutical companies and can be very expensive to manufacture.

Dr Herron and her colleagues managed to reduce the costs by inserting a human gene – which normally produces the protein in humans – into the part of the chickens’ DNA involved with producing the white in the chickens’ eggs.  READ MORE…

Speak roughly to your little dog.
And beat him when he seizes.
He only does it to annoy,
Because he knows it teases.

Imepitoin, sold under the brand name Pexion from Boehringer Ingelheim Vetmedica Inc. of St. Joseph, Missouri, is an anticonvulsant used in veterinary medicine to treat epilepsy in dogs. It was originally developed to treat epilepsy in humans, but clinical trials were terminated upon findings of unfavorable metabolic differences between smokers and non-smokers.

Anticonvulsants are also increasingly being used in the treatment of so-called bipolar disorder and borderline personality disorder, since many seem to act as mood stabilizers.

Pexion is similar to Valium and other benzodiazepines (anti-anxiety drugs or minor tranquilizers), acting as a low affinity partial agonist of the benzodiazepine receptor, which means that it acts in the brain similar to a benzodiazepine. It is very unusual for any dog with epilepsy to become completely seizure free even after they have begun taking this drug.

In the above hotlink you will see the chart of ingredients in vaccines and the corresponding need to have a mature cyp450 system in order to metabolize it out of the body.  Vaccines with these excipients given to infants and children under 3 are poison to these little immature bodies resulting in all sorts of disease, inflammation, allergies, eczema, autism, ADHD.

Dogs and cats are now receiving many vaccines – mandated.  These vaccines have ingredients that are poisoning the animal and causing future illness undetected and apparently not tied to the vaccine….oh no, in couldn’t be the vaccine!!!  But because they too have immature liver function, domestic animals are also being poisoned and we are paying through the nose to try to fix them whether it be arthritis, eczema, obesity, seizures, etc…just like humans.

PSYCHE DRUGS AND VACCINES IN HUMANS (translate it to dogs and cats:)

The overall conclusion of this analysis implies that the onset of some psychiatric disorders may be related to some children having recently received a vaccination.

Infants Being Given Psychiatric Drugs On The Rise – Citizens …read

Jump to DOG-HUMAN CYP SIMILARITIES AND DIFFERENCES – The cytochrome P450 (CYP) drug metabolizing enzymes are essential for the efficient elimination of many clinically used drugs. … Canine CYP1A2, which metabolizes phenacetin, caffeine, and theophylline, is the most widely studied polymorphic canine CYP.

Role of the cytochrome P450 enzyme system in veterinary … – NCBI

Role of the cytochrome P450 enzyme system in veterinary pharmacokinetics: … profile of compounds administered to companion animals (e.g., dog and cat) and …

Cytochrome P450 and its role in veterinary drug interactions. – NCBI

Cytochrome P450 (CYP) enzymes are common sites of drug interactions in … are beginning to be characterized in dogs, for which canine CYPs share many of …