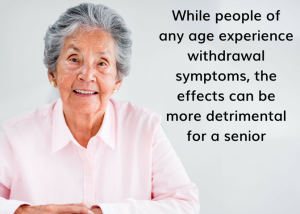 VLA COMMENT:  L Ron Hubbard, many years ago devised a program of detoxification of drugs and medication,  In his book, ClearMind/ClearBody he states that these elements are sequestered by the fatty tissue.  Narconon, a detoxification center prescribes for adults 4 hours of sauna at 130-150 degrees while jogging and exercising beforehand to loosen up the crystals embedded in the fatty tissue.  Niacin (not Niacin Amide) is taken before the sauna and increase upward to as much as 5000 mgs.  Hubbard also includes oils and nutrition as stated in the above program…oils to replace the fat being lost.  He says running and  SWEATING is virtually the only way to remove the toxins from the fatty tissue.  I have used this technique with great success for ridding adults of drug, medication toxins. 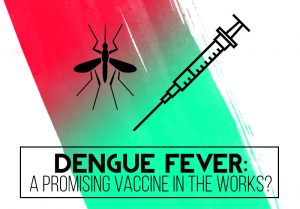 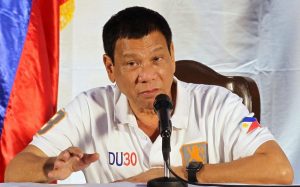 Read more and get support

More Americans now die from drugs than from guns or in car accidents, and increasingly, reports Ian Pannell, the victims are young, white and middle class.

Towards a Ban on Psychiatrically Diagnosing and Drugging Children

The video series has scientific support in Peter Breggin’s  book Psychiatric Drug Withdrawal, which cites and summarizes some of the most recent studies on how damaged “ADHD kids” become when reaching adulthood — including increased incarceration in jails and mental hospitals, increased suicide, increased drug addiction, increased dependence on multiple psychiatric drugs, obesity, shrinkage (atrophy) of the brain, shortened lifespan, and a general reduction in quality and length of life.

In addition, the  peer-reviewed article in the journal Children & Society presents a scientific and ethical overview of the harm done to children by stimulants and by antipsychotic drugs, such as Abilify, Seroquel, Risperdal, Invega, Zyprexa, Geodon, Latuda, Saphris, Fanapt, and Symbax.  It cites many scientific studies.  The antipsychotic drugs are often given to children when their behavior and mental state deteriorates as a result of being given stimulants. Website…

10% of Caucasians are “non metabolizers”.  This means that they cannot metabolize more than 50% of today’s drugs such as adderall, and other SSRIS.  It is suspected that the heinous trend of school shootings and suicides are caused by non metabolizers who are given psychiatric drugs without first being tested for their ability to metabolize them.  Because this test is not standard of care hospitals and doctors who destroy lives by giving counter indicated medication can not be successfully sued.  There is a movement to make this test standard of care but it is being thwarted by the invested pharmacuetical companies who would stand to lose billions of dollars if the public knew.

Drug efficacy and toxicity vary substantially between individuals.  Because drugs and doses are typically adjusted to meet individual requirements as needed by using trial and error, clinical consequences may include a prolonged time to optimal therapy and serious adverse events.

Various factors may influence the variability of drug effects, including age, liver function, concomitant diseases, nutrition, smoking, and drug-drug interactions. Inherited (germline) DNA sequence variation (polymorphisms) in genes coding for drug metabolizing enzymes, drug receptors, drug transporters, and molecules involved signal transduction pathways also may have major effects on the activity of those molecules and also on the efficacy and toxicity of the drug.

Pharmacogenomics is the study of how an individual’s genetic inheritance affects the body’s response to drugs. It may be possible to predict therapeutic failures or severe adverse drug reactions in individual patients by testing for important DNA polymorphisms (genotyping) in genes related to the metabolic pathway (pharmacokinetics) or single transduction pathway (pharmacodynamics) of the drug. Potentially, test results could be used to optimize drug choice and/or dose for more effective therapy, avoid serious adverse effects and decrease medical costs.

Some CYP450 enzyme genes are highly polymorphic, resulting in some enzyme variants that have variable metabolic capacities among individuals, and some with little to no impact on activity.

Individuals with a lack of function activity in these enzymes (CYP2C19, CYP2D6, CYP2C9, etc.) can be classified according to how fast they metabolize medications:

The RxISK Medical Team has just finished the final draft of the “RxISK Guide to Stopping Antidepressants”.

As of 2014, close to 10% of the population of most Western countries are on antidepressants more than 50% of whom are likely to be hooked on them. This guide focuses on SSRIs. (Selective Serotonin Re Uptake Inhibitors).

EXCERPT:  How to withdraw
Ideally your doctor will be on board – if not you may need to change doctors.
Many doctors suggest withdrawal by taking a pill every other day for a few weeks and then spacing them out further. There is no basis for this approach and it can make things worse.
In previous protocols, we suggested dropping half the dose at the start and a further half later before taking things more gradually. These jumps are too big. The first step is to get a liquid formulation of your antidepressant. If need be demand your doctor specifies a liquid prescription. Your local pharmacist can source a liquid form of almost any drug– see Page 18. The problem may be your insurance coverage refusing to pay for a more expensive form of medication.  DOWNLOAD THE WITHDRAWAL PROTOCOL…

See: What makes our kids and soldiers psychotic…

Please download Dr. Yolande Lucire’s study on SSRI drug interactions. Those patients who are non metabolizers (missing the activity of Cytochrome P450 2D6 which accounts for up to 10% of the population) are being given SSRIs and have no ability to metabolize them, causing them to become increasingly psychotic, harmful to themselves and society.  Read her riveting study:

Heretofore, patients had to go through a doctor to access their own reports.  They were not allowed to get their own test results without paying a doctor as the go between.  Now this has changed.

This final rule amends the Health Insurance Portability and Accountability Act of 1996 (HIPAA) Privacy Rule to provide individuals (or their personal representatives) with the right to access test reports directly from laboratories subject to HIPAA. The ability to access their health information, empowers them to take a more active role in managing their health and health care. Read act…