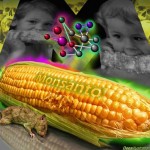 The feature film Forks Over Knives examines the profound claim that most, if not all, of thedegenerative diseases that afflict us can be controlled, or even reversed, by rejecting our present
menu of animal-based and processed foods.

However, additionally, a former NIH researcher comments in this short eyeopening Gardasil video that obesity is caused by vaccines. In his research he cites that in his studies of horses, they are finding that the horses are becoming increasingly obese with the addition of more and more equine vaccines. Hear Dr. Bart Classen..at the end of video…. 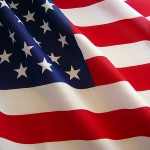 The Intelligence Project identified 824 anti-government “Patriot” groups that were active in 2010. Of these groups, 330 were militias, marked with an asterisk, and the remainder includes “common-law” courts, publishers, ministries and citizens’ groups. Generally, Patriot groups define themselves as opposed to the “New World Order,” engage in groundless conspiracy theorizing, or advocate or adhere to extreme antigovernment doctrines. Listing here does not imply that the groups themselves advocate or engage in violence or other criminal activities, or are racist. The list was compiled from field reports, Patriot publications, the Internet, law enforcement sources and news reports. Groups are identified by the city, county or region where they are located.

See list… However, you always have to vet the groups carefully for infiltration, before you join. The first misrepresentation about vaccines and by far the worst is that, as a group (or individually), “vaccines are the safest of medicines” or, more simplistically, “vaccines are safe”.  Read and download document… “The Non-cost-effective Vaccination Program for Neisseria Meningitidis, and Other Vaccination-Program Concerns and Suggestions (28 January 2011; 10 pages). Vaccines and Autism – The Wrong Argument The keys to maintaining any unsafe commercial activity are misdirection, disinformation, big lies, and pervasive propaganda. To be effective, the commercial interests use persons whom the public trusts.These spokespersons then promote the activity.

They lie about its risks! read and download the argument

Marin’s Organic School Lunch program delivers farm fresh organic
food directly to schools throughout Marin County, CA 12,000 students a week — that’s about half the schools in the
county .”There are a lot of farmers in Marin County, and a lot of schools–
why not foster a relationship between the two?”

The one problem I have in misgivings of Lindsey Williams’ whistle blowing about our dependency on foreign oil and its lack of availability is that a side effect of his presentation is that a compelling picture emerges to start blasting away at US oil deposits, said to be the biggest in the world (see North Dakota) and heretofore untapped, and …never mind blasting the Antarctica preservation. This may counter the solar and alternative energy movement. In this I wonder if his insider oil sources, albeit feeding him accurate information, functions to serve the oil industry’s purposes of getting more permits to blast away and keep us dependent on this source of fuel. Just a thought. Founder VLA 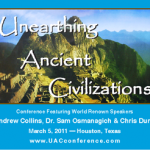 This documentary was produced as an episode of the US TV series “Phenomenon: The Lost Archives” and it originally aired in 2000, the last year a TV series like that could likely get made. It tells a vile story of large-scale corruption in science and the personal destruction of an accomplished American scientist, who has since forfeited his US citizenship and become a national of France.