* Cptn. Joyce Riley’s military show THE POWER HOUR: “…HIV-Negative AIDS cases falsely reported and treated as CFS cases may be one of the biggest cover-ups we’ve ever seen…”

* In 1992 (i.e., after Gulf War 1) “…NEWSWEEK made an even more shocking announcement: …CFS patients who had the same immune system deficiencies as the NON-HIV AIDS cases…”

America’s Biggest Cover-Up: 50 More Things Everyone Should Know About the Chronic Fatigue Syndrome Epidemic And Its Link to AIDS

My case goes up through the NIH, CDC, White House, WHO, to the UN.  I hope that you will spread-the-news too (e.g., post on Facebook, Twitter, add to eNews).

WHO OWNS THE “ZIKA” VIRUS?

Answer:  Rockefeller! Foundation:   Zika virus, like HPV is a sexually transmitted virus.  It was patented via the blood from “experimental” forest sentinel rhesus monkey, Uganda 1947

VLA Comment:  Some thoughts….Did the experimenting with Rhesus monkey and vaccines cause the HPV virus, the Cancer epidemic from the Polio vaccine made from the host of monkey’s carrying the retrovirus SV 40?

The HIV virus is also found naturally in the Rhesus Macaques.  Could HIV, as well as Zika as well as the Simian 40 virus (retro virus) found in the Polio vaccine come from pharma’s experiments in Africa using the rhesus Macques as hosts?  See animation for retro viruses

Microsporidia are long-known parasitic organisms of almost every animal group, including invertebrates and vertebrates. Microsporidia emerged as important opportunistic pathogens in humans when AIDS became pandemic and, more recently, have also increasingly been detected in otherwise immunocompromised patients, including organ transplant recipients, and in immunocompetent persons with corneal infection or diarrhea.

Immunodeficiency resembling human AIDS was reported in captive monkeys in the United States beginning in 1983.[6][7][8] SIV was isolated in 1985 from some of these animals, captive rhesus macaques suffering from simian AIDS (SAIDS).[7]

B virus infection is caused by a herpes virus. B virus is also commonly referred to as herpes B, monkey B virus, herpesvirus simiae, and herpesvirus B.

The virus is found among macaque monkeys, including rhesus macaques, pig-tailed macaques, and cynomolgus monkeys (also called crab-eating or long-tailed macaques). Macaque monkeys are thought to be the natural host for the virus. Macaques infected with B virus usually have no or only mild symptoms. Macaques housed in primate facilities usually become B virus positive by the time they reach adulthood. However, infection in macaques can only be transmitted during active viral shedding through body fluids.

Infection with B virus is extremely rare in humans. When it does occur, the infection can result in severe brain damage or death if the patient is not treated soon after exposure (see Risks for Infection and Treatment sections). Infection in humans is typically caused by animal bites or scratches or by mucosal contact with body fluid or tissue.

Note:  Although B virus infection in humans is extremely rare, when it does occur, it is often fatal unless treated right away—about 70% of untreated patients die of complications associated with the infection

MOVIE TO WATCH:  THE CONSTANT GARDENER (NETFLIX DVD only)

Dr. Judy Mikovits, former researcher, National Cancer Institute: “Data suggest that 6% of the US population is harboring a retrovirus in their bodies that can develop into an acquired immune deficiency.

This is not the well-known AIDS caused by HIV that ravaged the gay community, but Acquired Immune Deficiency Syndrome (AIDS) associated with other retroviruses. Thesenon-HIV retroviruses were unintentionally introduced into humans over the past 75 years. It began with trials of polio vaccines and yellow fever vaccines given in the early 1930s. This is when the first recorded cases of Chronic Fatigue Syndrome and autism appeared. It involved the use of laboratory mice to prepare vaccines for human use. [1]
20 Million Americans are Now Potentially Infected”.  READ MORE… 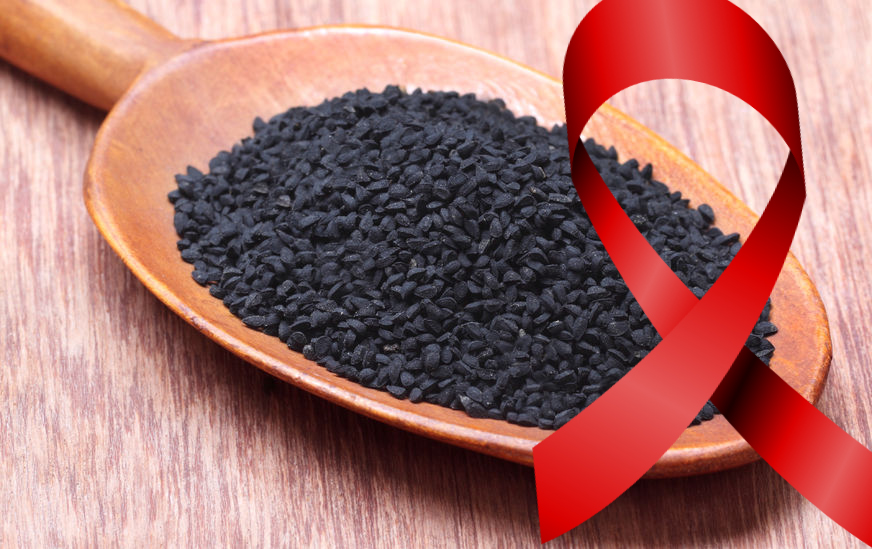 There are words you don’t use in medicine today, such as “cure.” But a remarkable case study in an HIV positive patient treated with black seed extract resulted in a sustained remission, indicating a safe, accessible and affordable alternative to highly toxic antiretroviral HIV drugs may already exist.

A remarkable case study published in August of this year in the African Journal of Traditional, Complementary, and Alternative Medicine described an HIV patient who after undergoing treatment with a black seed extract experienced a complete recovery, with no detectable HIV virus or antibodies against HIV in their blood serum, both during and long after the therapy ended. Green med…

Garlic/Black Cumin Seeds Study A combination of crushed garlic (Allium sativum) and black cumin seeds (Nigelia sativum) has been used as a traditional remedy for urinary tract infections. In-vitro antimicrobial testing suggested that the mixture of two spices in the ratio of 1:1 has antimicrobial effects on both Staphylococcus aureus and Escherichia coli specieS.

Nigella sativa is an annual flowering plant, native to south and southwest Asia. It grows to 20–30 cm (7.9–12 in) tall, with finely divided, linear (but not thread-like) leaves. The flowers are delicate, and usually coloured pale blue and white, with five to ten petals. The fruit is a large and inflated capsule composed of three to seven united follicles, each containing numerous seeds. The seed is used as a spice.The seeds are frequently referred to as black cumin (as in Assamese: kaljeera or kolajeera or Bengali kalo jeeray), But black cumin (kala Jeera)[clarification needed] is different than Nigella sativa (Kali Jeeri).[citation needed] In south Indian language Kannada it is called [ಕೃಷ್ಣ ಜೀರಿಗೆ] “Krishna Jeerige”, but this is also used for a different spice, Bunium persicum.

This infection does not spread the same as AIDS does, according to Dr. Sarah Browne, scientist with the National Institutes of Health (NIH) National Institute of Allergy and Infectious Diseases. Browne led the team of researchers in Thailand and Taiwan where the disease made its first appearance. The disease appears to be directed at people of Asian descent; even those living in the US.

Browne has concluded that the new AIDS causes those infected to produce autoantibodies that block interferon-gamma, a chemical signal that assists the human body in fighting infections. The new AIDS targets this chemical and leaves the victim unable to fight off any infection – leaving the person vulnerable to developing deadly sicknesses from even the common cold.

Browne is touting this new AIDS as “adult-onset” because “we do not know what’s causing [people] to make these antibodies.”

Like AIDS and the drug protocol using AZT, the pharmacuetical spin teams are marketing the deadly vaccine Gardasil with the same kind of  deceptive strategy -“Gardasil (coming) out of thin air with deceptive and dishonest advertising, and thereby planted fear in the mind of consumers:  fear of an unknown health crisis, an invisible time bomb waiting to explode and harm women everywhere”.  Read more…
A

AIDS, Opium, Diamonds & Empire tells the dramatic story of a financial ideology that is damaging to everything that it means to be human. It is the story of a long running global conspiracy and business model that can be traced back to the British East India Company that places profits over people. In the end, it is the story of hope and how we can regain our sanity and our health in a world gone mad.  Dr. Nancy Bank’s website…

Tomás Brewster’s journey in a brief 9 minute excerpt about the false “HIV” positive misdiagnosis he received 6 years after he took the deadly HIV drugs Indinivir, AZT,3TC, & also Combivir and Nevirapine(Viramune).

Testing Antibody Positive in 1997 he was later told in 2004 that he was “Indeterminate” and needed to re-test for HIV or be let go from funding and medical care.