VLA Comment: AI has taken hold of this timeline. Soon time will come to make the Great Leap into Sat Yuga.

VLA COMMENT: Just as I thought. Most everyone is afraid of death…extinction. It is my opinion that the Democrats,various Republican, WORLD leaders, VATICAN and insiders are aware of an “extinction event” whether Niberu or something else. There fanaticism on climate change, geoengineering, colonizing Mars, World Government is just a last ditch effort to avoid a cosmic phase transition.

They (including Musk) see AI and the merging of man and machine (transhumanism) as the solution. AI is not “Artificial” Intelligence but Alien (off planet) Intelligence facilitated by complicit humans to network on earth …see www.2045.com

Also see: Rudolf Steiner’s 1917 lecture THE EIGHTH SPHERE…if you have a metaphysical proclivity to understand what is going on. MEET THE ESCHATON

Historically, the striving for immortality has been a faith-based venture, based in the idea that the soul is immortal while the body perishes, which is a concept I am in complete alignment with. Transhumanists more or less reverse this idea. They discard the notion of soul altogether and aim for the preservation of the perceived personality, first through radical life extension of the physical body, and later through the transfer of brain data into a replacement form.

THIS MAY SHOCK YOU (AI-VIRTUAL REALITY CAPTURE)

IS AN ALIEN MIND TRANSFORMING THE HUMAN RACE?

A post on Transhumanism from the blog by Joe Allen December 1, 2021

Two new books offer a single choice: merge with machines or be left behind

Artificial intelligence operates on a different plane than human reason. As described by various futurists and technologists, AI is literally an “alien mind.” In advanced artificial neural networks, the modes of cognition—the logical steps behind any given conclusion—are completely incomprehensible, even to their creators.

In the coming years, this nonhuman intelligence will change everything about our personal lives, our social organization, and how we think. That’s the premise of two books published back-to-back this year—one from the West, the other from the East.

The Age of AI: And Our Human Future is a primer on technetronic civilization for Western policy makers.

AI 2041: Ten Visions for Our Future is a similar effort for an Asian readership, with nods to TED Talk snobs and the Davos elite.

The former argues that artificial intelligence already displays unearthly powers of perception. It will soon determine the fate of nations. The latter envisions algorithms becoming quasi-spiritual entities who cradle a new humanity. These beings are “inevitable,” the authors maintain, and the risks to our freedom are profound.

As legacy humans, our choice is to either reject this alien intelligence and fall behind, or to forge a “human-AI symbiosis”—to let ethereal tentacles probe us, analyze us, and guide our evolution.

Normal people are horrified by either prospect, but that’s irrelevant. The future doesn’t care about your feelings, nor do the people creating and directing it. 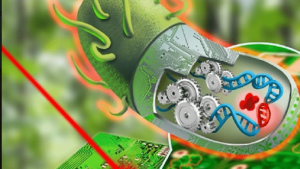 Technocrat/Transhuman scientists define synthetic biology as “the design of novel biological components and systems” and “the re-design of existing biological systems.” This means AI-assisted genetic engineering to create new or modified life forms. This is why the UN has called for a complete mapping of all DNA on earth to be used as a global commons database.

VLA Comment:  It is not just a Global Financial Reset…SEE TRANSHUMANISM 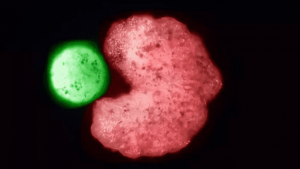 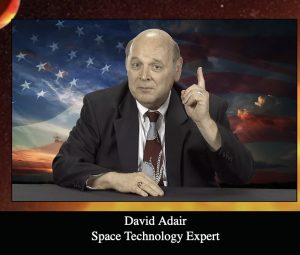