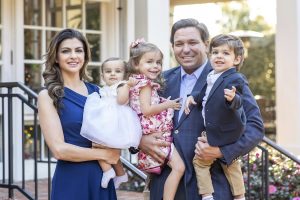 Florida Gov. Ron DeSantis: ‘We are not going to order’ vaccines for kids for state health departments

With severe systemic disruption and efforts to protect vital economic functions….the general public, as “unsecured crditors” will not be paid back. Regarding the FDIC insurance: If there is a systemic collapse, the US with its own trillions of dollars worth of \ debt, will not have the funds to cover your deposit.

Chinese corporations are also making moves to control the supply of agricultural commodities going to China. COFCO, China’s biggest grain trader as well as one of its largest meat and dairy companies, is exploring investments in grain and soybean production and trading logistics in Russia, Brazil and Argentina. Chongqing Grain has put aside US$6 billion to invest in grain and oilseed production and trade.

VLA COMMENT:  Here in Fairfield, Iowa, home of Maharishi University of Management and the largest group of meditators in the United States, the Industrial plan for Iowa is facilitating the building of a massive 22 story grain elevator, 2 blocks long with 110 railway car access to BNSF railroads to ship 20 Million bushel per year of corn to Texas, Mexico and the pacific countries-Japan and China.  Iowa is slated to become the bio-Agribusiness Industrial food state for the world for hogs and feed and thus gain a big piece of the new reset global currency pie, by and by after the drop in valuation.

Jobs vs. military: Follow the money. Bills passing so that the military industrial complex is taking over the country.
The agenda is war. New Bill passed: The United States is a battle zone. The priority is MILITARY and economic martial law!