In 2018, weapons manufacturer Lockheed Martin patented a compact hot fusion reactor. You can see the patent here. This invention was covered by TheDrive.com (and other news publishers), which stated the invention has been pursued quietly:

Lockheed Martin has quietly obtained a patent associated with its design for a potentially revolutionary compact fusion reactor, or CFR. If this project has been progressing on schedule, the company could debut a prototype system that size of shipping container, but capable of powering a Nimitz-class aircraft carrier or 80,000 homes, sometime in the next year or so. 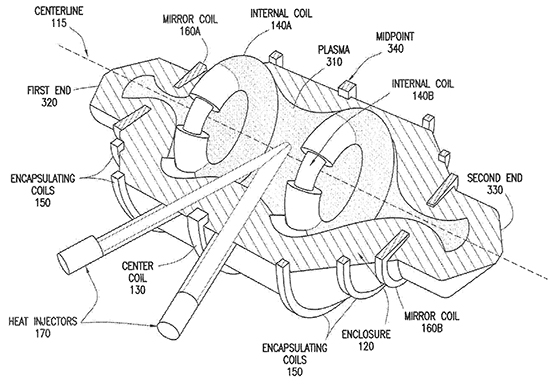 Here’s a video that Lockheed Martin released in 2014, touting its hot fusion tech nearly a decade ago:

Hot fusion requires centralized production in a large hot fusion generator, after which power is transmitted to customers via electrical transmission lines. Importantly, this allows governments to monitor and limit power usage by individual households or businesses, granting government both the power of energy surveillance and on-command energy scarcity. Homes will still need to be attached to the grid, in other words, and smart meters will still surveil private citizens over their power usage. Electric vehicles will have to be charged by plugging them into the grid, meaning vehicular transportation can also be controlled, tracked and limited.

Cold fusion, on the other hand, will eventually be formatted into HVAC-sized units which will generate a steady stream of power without being connected to any grid. They will be able to power homes and even electric vehicles (imagine a recharging station in your trunk that constantly recharges as you drive or park). They will power military vessels as well, and they can even (eventually) replace coal and nuclear fuel rods in power plants. (This process will take a couple of decades, but it is feasible.) Equipped into vehicles, cold fusion devices will allow vehicles to be constantly charged while they are driven or parked, with no cables or charging stations required whatsoever. This creates incredible potential for off-grid mobility and freedom of movement, which is something governments don’t like.

Thus, cold fusion is decentralized energy which governments cannot easily monitor or control. This takes away yet another tool of social engineering and obedience enforcement against the citizens. This is why government regimes and globalists prefer that the world turns to hot fusion (centralized and very expensive to construct) rather than cold fusion (decentralized and cheap to build).

Understand that cold fusion works by producing excess heat, not current flow. The heat can be used to heat water which is turned to steam to drive a turbine that generates alternating current electricity. This is how modern coal-fired power plants and nuclear plants operate, by the way. The cold fusion excess heat can also be used directly to heat buildings, greenhouses and homes. The heating of greenhouses is one simple way that cold fusion can amplify affordable food production, especially in European countries that rely heavily on heated greenhouses for spring crop production. (Those nations are currently suffering extreme energy scarcity and most greenhouse have been shut down as a result.)

Once fully commercialized, an HVAC-sized LENR box can sit next to your home and generate electricity 24 hours a day, 365 days a year, while producing zero carbon emissions and zero radioactive waste. It does have consumables — namely the mass of heavy hydrogen that’s converted to energy — but you’d be amazed at the tiny amount of mass that can power a typical household for a full year. (E=MC squared)

The consumable part that you might need to replace every year or two would be smaller than a toaster, and the actual mass consumed in a year would be (significantly) smaller than a peanut. Remember that the entire Hiroshima atomic explosion in World War II was achieved by no more than about 0.7 grams of matter (Uranium 235) being converted into energy. That’s not a typo. You can see the math here.

Circling back to the promise of the headline here, hot fusion news is now allowed to be publicized because cold fusion commercialization is under way that is set to quickly cascade into a world of decentralized cold fusion heat producers and electricity generators. This effort is well under way, and some of the most connected people in America are already participating in this process. At this point, cold fusion is unstoppable, so hot fusion had to be allowed to leap into the space and try to take the steam out of cold fusion.

Hot fusion = Centralized, government controlled, metered, surveiled, can be shut off, very expensive, highly complex, difficult to maintain, tied to the grid, pro-globalism, Big Government and Big (corrupt) Science, cannot power vehicles while driving because it requires a connection to the grid

The future of energy on our planet will be largely transitioned to fusion. That’s a certainty. The only real question is whether we choose to kind of fusion that sets us free (cold fusion), or the kind that keeps us enslaved (hot fusion).