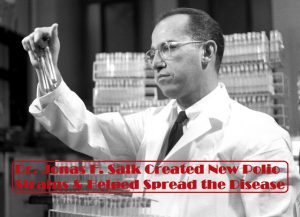 The foundation called for the manufacture of enough vaccines to inoculate over nine million children and pregnant women. American Press and Radio declared victory for Salk and the “greatest medical discovery of the century.”