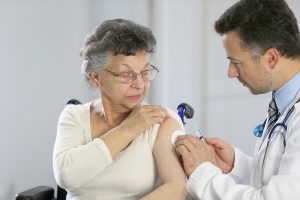 On September 28, 2019, The Daily Mail published an article titled Now give every ADULT the cancer-fighting HPV vaccination and save ‘thousands of lives’, experts demand as evidence shows the jab can slash the cancer risk for grown-ups too.

The article claimed that world renowned medical experts were recommending that EVERY person in Britain, young and old, should be given the cancer-fighting human papillomavirus (HPV) vaccine to prevent them from developing a range of deadly tumors.

What is even more disturbing is the fact that this study, conducted by Dr. Anna L. Beavis, et al., also uncovered that the actual death rate for black women dying from cervical cancer, since the vaccine was introduced, was nearly double than those that were reported. READ  MORE…

VLA COMMENT:  When the vaccine first came out the manufacturers advertised it to teenage girls. However, they found that due to the fact that there are more than 100 strains of HPV sexually active women had probably gotten one strain of the other  (of which though HPV is self clearing) most women would have a 44.6  increase in cancer if they got the vaccine according to JAMA.

I would Think that by the time you became a senior you would’ve danced with a few strains of HPV. Here is our video the Gardasil Primer