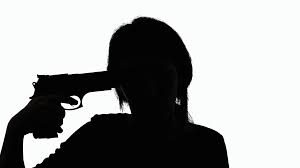 This research paper details patients who had been referred to Dr. Lucire’s practice for expert opinion or treatment. More than 120 subjects were diagnosed with akathisia [a neurotoxic psychosis often characterized by a feeling of inner restlessness and inability to stay still] or serotonin toxicity [extremely high levels of serotonin causing toxic and potentially fatal effects] after taking psychiatric drugs that had been prescribed for psychosocial distress. Akathisia has been known to be associated with suicide since the 1950s and with homicide since 1985.

They were tested for variant alleles in cytochrome P450 (CYP450) genes, which play a major role in the metabolism of all antidepressant and many other drugs, indicating ultrarapid metabolism due to allele duplications. This seems to be strongly associated with a large number of deaths from intoxication and suicide. High or fast-changing levels of psychotropic substances can cause unpredictable toxicity leading to violent behavioral effects, including akathisia. [An allele is one of two or more alternative forms of a gene that arise by mutation and are found at the same place on a chromosome.]