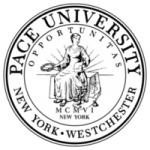 Under the 1986 National Childhood Vaccine Injury Act (“1986 Law”), Congress created an administrative forum that gave the program original jurisdiction for all vaccine injury claims.  That is you can’t sue the vaccine manufacturer…you must go to this government-administered court instead. Starting in 2002 nearly five thousand families filed petitions with the VICP claiming that vaccines had caused Autism in their children.  They were summarily dismissed in one omnibus proceeding.  However, they continued to compensate claims that articulated the same symptoms but identified them by different labels, such as encephalopathyand residual seizure disorders.

THE QUESTION THE REVIEW ASKS: Are the cases of “autism” that the Vaccine Injury Compensation Program (VICP) rejected really different from the cases of “encephalopathy” and “residual seizure disorder” that the VICP has compensated before and since? Is it possible the VICP rejected cases of “autism” because of the hot- button label and not because of real differences in injuries or evidence?  DOWNLOAD PACE LAW SCHOOL REVIEW