Biofilm is a slimy and gluey substance that Borrelia Burgdorferi generates to shield itself from antibiotics and the immune system. Borrelia can also hide in other microbial’s biofilm and vice versa.  Fibrin, a protein our bodies create for blot clotting, is the basic building material used for generating a biofilm. A biofilm is designed to adhere to human tissue where damage to the tissue and inflammation occur.

Within the biofilm, Borrelia is capable of talking with its own species or other bacteria and carrying out offensive actions. Borrelia can also receive and swap genetic information such as drug resistant genes. Its reproduction cycle, given that it’s every few weeks, can yield drug resistant strains in only a few generations. This could explain why years of antibiotics can’t rid the infection.

A biofilm also houses Borrelia in cyst form and co-infections such as Mycoplasma. 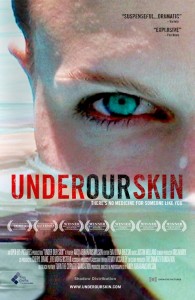 In UNDER OUR SKIN AND ITS UPDATE “EMERGENCE” DOCUMENTARY  (MUST WATCH) Dr. Alan MacDonald first discovered that the microorganisms that cause Lyme disease can exist in colonies of bacterial biofilms. This theory is now widely accepted and explains why the bacteria are difficult to diagnose and can persist after treatment,

NOTE from VLA:  The Salt Cure alone (see: www.LymePhotos.com)  has cured myself and many of my friends, as salt dissolves the biofilm.  But in my opinion, it wouldn’t hurt of add a biofilm dissolver.  I haven’t tried adding an additional biofilm dissolver it since I no longer have Lyme by doing the salt cure for 3- 6 months depending on how long you have had lyme.  Basically the salt cure is 4 grams of salt (Consolidated Manufacturer-Amazon), 4 grams of a Vitamin C.

Take this amount 3 times a day.