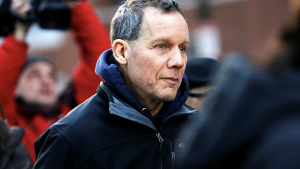 Charles Lieber (62), former professor and chairman of the Chemistry and Chemical Biology Departments at Harvard University, is a world leading scientist in the field of nanowire technology and interfacing with human biology and neurology at the microscopic level, and is an inventor of 50 patents in this field.

Reports allege that the DoD and NIH had previously conspired to deliver a collection of pathogens, developed by the US military in Fort Detrick, Maryland, to China, and accompanied this handover with carbon nanotube technology developed by Charles Lieber. All this, with the approval of Dr. Anthony Fauci (NIAID), assisted by Peter Daszak (EcoHealth Alliance),  and Francis Collins (NIH).

For context of the hierarchy at play; the NIH, which has financial stake in Gates funded covid “vaccines”, previously run by Francis Collins (who resigned because of the exposure of his cooperative gain of function research with China) is the umbrella organization that Fauci’s NIAID operates under. Anthony Fauci is responsible for funneling money to the Wuhan Institute of Virology through the EcoHealth Alliance.

EcoHealth Alliance is a so-called “charity” which, under the guise of  “protecting people, animals, and the environment from emerging infectious diseases,” funds the development of biological weapons. They received $39 million from the Pentagon, which funded the Wuhan Institute of Virology between 2013 and 2020 (the year of Lieber’s arrest), the same Wuhan lab accused of being the source of Covid-19.