Former Pfizer VP to AFLDS (and later CEO of a biotech he founded (Ziarco, later acquired by Novartis),

‘Entirely possible this will be used for massive-scale depopulation’

At the outset, Dr. Yeadon said “I’m well aware of the global crimes against humanity being perpetrated against a large proportion of the worlds population.

“I have absolutely no doubt that we are in the presence of evil (not a determination I’ve ever made before in a 40-year research career) and dangerous products.

EXCERPT regarding natural immunity…and no need for healthy people to get the vaccine:

“The most likely duration of immunity to a respiratory virus like SARS CoV-2 is multiple years. Why do I say that? We actually have the data for a virus that swept through parts of the world seventeen years ago called SARS, and remember SARS CoV-2 is 80% similar to SARS, so I think that’s the best comparison that anyone can provide.

“The evidence is clear: These very clever cellular immunologists studied all the people they could get hold of who had survived SARS 17 years ago. They took a blood sample, and they tested whether they responded or not to the original SARS and they all did; they all had perfectly normal, robust T cell memory. They were actually also protected against SARS CoV-2, because they’re so similar; it’s cross immunity.

“So, I would say the best data that exists is that immunity should be robust for at least 17 years. I think it’s entirely possible that it is lifelong. The style of the responses of these people’s T cells were the same as if you’ve been vaccinated and then you come back years later to see if that immunity has been retained. So I think the evidence is really strong that the duration of immunity will be multiple years, and possibly lifelong.”

“The good news is that there are multiple choices available: hydroxychloroquine, ivermectin, budesonide (inhaled steroid used in asthmatics), and of course oral Vitamin D, zinc, azithromycin etc. These reduce the severity to such an extent that this virus did not need to become a public health crisis.”

VLA Comment:  In other words…a parasitical and an antibiotic together.  The technology used in manipulating this virus may have come on the shoulders of bioweaponizing vector insects (ticks and mosquitos) out of the Plum Island Lab in Long Island, NY.  It is said that the parasite holds the bacteria and once the parasite is killed the bacteria is let out (may be held in a nanotube).  Hence the dual protocol. 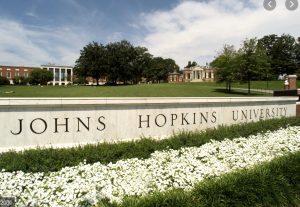 Antibodies – which block the coronavirus from attaching to human cells – may not tell the whole story, according to the study by researchers at the National Institute of Allergy and Infectious Diseases (NIAID). T cells appear to play an important additionally protective role.

“Our data, as well as the results from other groups, shows that the T cell response to COVID-19 in individuals infected with the initial viral variants appears to fully recognize the major new variants identified in the UK, South Africa and Brazil,” said Andrew Redd of the NIAID and Johns Hopkins University School of Medicine who led the study.

The former vice president of the world’s largest pharmaceutical company has blown the whistle to expose the true dangers of mandatory vaccinations. Dr. Peter Rost lifted the lid on vaccines and revealed that the Gardasil inoculation, in particular, is in fact, “deadly”. In a shocking exposé from one of the highest-ranking whistleblowers to date, Rost has also claimed that Big Pharma is purposely keeping the public unhealthy so they can make a fortune from continual treatments of illnesses rather than curing them. Dr. Rost made the revelations during an interview for the “One More Girl” documentary in which he candidly discussed how the main objective for vaccines and pharmaceutical drugs is to keep the public in a constant state of disease.
READ MORE…