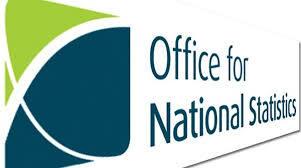 Deaths occurring between 1 January 2021 and 31 May 2022 edition of this dataset (see Table 1)
Office for National Statistics, UK
COVID-19 deaths

Failure to reach the goal of measles elimination. Apparent paradox of measles infections in immunized person

VLA Comment:  St. Judes and Johns Hopkins:  Vaccinated children “shed”.  All immunocompromised children so not be visited by children who were just vaccinated with live vaccines..such as measles, chickenpox, polio, flu mist.

1- China has measles outbreaks but 99% are vaccinated

A recent study published in PLoS titled, “Difficulties in eliminating measles and controlling rubella and mumps: a cross-sectional study of a first measles and rubella vaccination and a second measles, mumps, and rubella vaccination,” has brought to light the glaring ineffectiveness of two measles vaccines (measles–rubella (MR) or measles–mumps–rubella(MMR) ) in fulfilling their widely claimed promise of preventing outbreaks in highly vaccine compliant populations. (Sayer Ji, Why Is China Having Measles Outbreaks When 99% Are Vaccinated?, GreenMedInfo 20 September 2014)

Varicella, or the chicken pox vaccination, has been mandated in South Korea since 2005. Infants from 12 to 15 months are required by law to receive a vaccination. By 2011, the country reached a near universal compliance rate, however, varicella patients did not decrease; they have increased since reaching this mandated level of vaccination.

The number of chicken pox patients reported to the Korea Centers for Disease Control and Prevention (KCDC) has increased from 22.6 cases per 100,000 in 2006 to 71.6 cases per 100,000 in 2011.  That’s a huge difference and ample proof that the vaccination program isn’t working to control the spread of the disease. (Christina Sarich, With 97% Compliance Chicken Pox Vaccine Still Causes Outbreaks, Natural Society, January 08, 2015)

An investigation into an outbreak in a high school in a town that was heavily hit by the virus found that about half of the cases were in teens who had received the recommended two doses of vaccine in childhood — in other words, teens whom authorities would have expected to have been protected from the measles virus.

It’s generally assumed that the measles vaccine, when given in a two-dose schedule in early childhood, should protect against measles infection about 99 per cent of the time. So the discovery that 52 of the 98 teens who caught measles were fully vaccinated came as a shock to the researchers who conducted the investigation. (The Canadian Press, Measles among vaccinated Quebec kids questioned, CBC, October 20, 2011)

In 1987, for example, a study published in the New England Journal of Medicine (NEJM) documented a measles outbreak that occurred in Corpus Christi, Texas, in the spring of 1985. Fourteen adolescent-age students, all of whom had been vaccinated for measles, contracted the disease despite having been injected with the MMR vaccine. Researchers noted that more than 99 percent of students at the school — basically all of them — had also been vaccinated, with more than 95 percent of them showing detectable antibodies to measles. (Ethan A. Huff, Measles Outbreak Documented Among Fully Immunized Group of Children, Natural News 15 February 2015)

Ohio legislators want MORE THAN MANDATES Because of Mumps outbreaks…yet 97% were vaccinated!!!!!???????

According to a report published on Friday, January 11, 2013, by Natural News, children who have been fully vaccinated according to the CDC recommended schedule are up to five times more likely to develop various diseases compared with children who have not received full immunizations.  Read more…