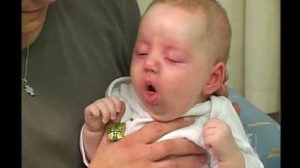 Cardiologist: Measles AND Mumps Infections Could Save Millions of Lives

A study from 2015 in the journal Atherosclerosis found that men had 29% fewer heart attacks and 17% fewer strokes if they had a history of childhood measles and mumps. Women suffered less events as well, but not to the same extent.

According to the CDC, an estimated 790,000 heart attacks occur in the U.S. every year. So according to data from the JACC study in 2015, there could be 229,000 LESS heart attacks per YEAR if these people had measles AND mumps as children.

Measles and mumps appear to reduce stroke risk as well. 135,000 less people would suffer from a stroke PER YEAR if all of these people had measles AND mumps as children.

VLA COMMENT: In the above link it is revealed that the bioengineers are patenting the natural measles virus in hopes that it will cure cancer.  When all the while we could protect ourselves against having cancer in the first place by contracting the natural wild measles virus.

Comment from Lew Rockwell article: “Furthermore, what about the bioaccumulation of vaccine ingredients?  Studies have also shown that injected aluminum does not exit the body, and can be detected inside the brain even a year after injection.  There are several other vaccine ingredients like aborted human fetal cells, formaldehyde and MSG, why are these never looked at when studies are being conducted. You can read more about access the information and studies about aluminum” here.

Let us not forget that hundreds of children have died from the measles vaccine. According to a MedAlerts search of the FDA Vaccine Adverse Event Reporting System (VAERS) database as of 2/5/19, the cumulative raw count of adverse events from measles, mumps, and rubella vaccines alone was: 93,929 adverse events, 1,810 disabilities, 6,902 hospitalizations, and 463 deaths. What is even more disturbing about these numbers is that VAERS is a voluntary and passive reporting system that has been found to only capture 1% of adverse events. Read more…

Three years ago, a groundbreaking study published in the journal Clinical Infectious Diseases, whose authorship included scientists working for the Bureau of Immunization, New York City Department of Health and Mental Hygiene, and the National Center for Immunization and Respiratory Diseases, Centers for Disease Control and Prevention (CDC), Atlanta, GA, looked at evidence from the 2011 New York measles outbreak that individuals with prior evidence of measles vaccination and vaccine immunity were both capable of being infected with measles and infecting others with it (secondary transmission). 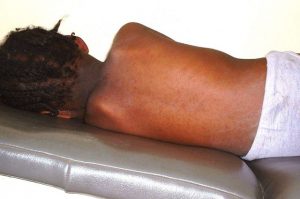 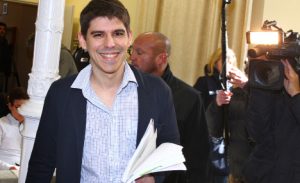 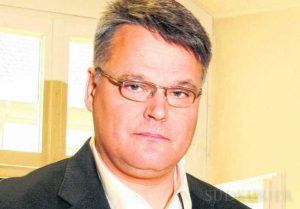 In 1960, 3 years before the measles vaccine was licensed, the death rate for that infection the death rate for that childhood infection was 0.2 cases per 100,000 persons. Before the chickenpox vaccine was licensed in 1995 there were about 100 deaths per year in a US population of 260 million people. A case of measles and chickenpox does not come close to qualifying as a public health emergency that requires a person to be taken into custody by a government official.

The CDC is arguing that the ongoing persistence of measles in the United States provides a good example for the need of this NPRM (A Notice of Proposed Rulemaking).

THE  HIDDEN PHARMACEUTICAL STRATEGY FOR A WORLD WIDE ELIMINATION OF CHILDHOOD DISEASES STARTING WITH MEASLES AS THE FLAGSHIP MODEL:

Bioengineering researchers have discovered that natural measles protects and many kinds of cancers (see studies below). Therefore, they have genetically engineered the measles virus (patent information). to use it ostensibly to cure cancer that the population would not have gotten if they were naturally inoculated.   By eliminating the natural measles virus, the Biotech industry will have a locked-up market for what they see is a cure for certain cancers.  Rather than allowing the population to get the natural minor childhood diseases (for free), building up natural strength of the immune system and protecting the individual against major diseases like cancer, the pharmaceutical industry is genetically engineering the measles virus, facilitating cancer in the population, then offering the costly “potential” cure that the have patented and therefore solely own.

GENETICALLY ENGINEERED virus, administered at high dose, the virus set about destroying the cancer cells, leading to complete remission and no tumors for 9 months. Currently, 11 months after treatment, the patient is still cancer free.The larger effects of this step will be discovered soon, a trial for 20 patients has been approved for September, 2014. In addition, the measles virus, as well as other viruses, will be studied for their potential to cure other types of cancer.  Read more…

This is a genetically engineered virus strain of the natural childhood measles, advanced by researchers, having observed that “naturally gained” wild viruses protect against various forms of cancer:

MEASLES: Glaser et al also found that lymph cancer is significantly more likely in adults who were not infected with measles, mumps or rubella in childhood [In J Cancer 2005; 115(4): 599-605].

CHICKEN POX (VARICELLA Canniff J., Donson A.M., Foreman N.K., Weinberg A. Cytotoxicity of glioblastoma cells mediated ex vivo by varicella-zoster virus-specific T cells. J Neurovirol. 2011;17(October (5)):448–454. [PubMed] Canniff et al. reported an association between those individuals with clinical or laboratory evidence of varicella-zoster virus (VZV) infection and lower risk of glioma.A glioma is a type of tumor that starts in the brain or spine. It is called a glioma because it arises from glial cells.

The proposed vaccine policy is an industry strategy that would bring indescribable harm, pain & suffering to the population albeit that the pharmaceutical industry would benefit greatly from a policy to eliminate natural childhood virus:

But forget the costs: why should people or companies own a disease in the first place? They didn’t invent it. Yet today, more than 20 human pathogens are privately owned, including haemophilus influenza and Hepatitis C. And we’ve already mentioned that tests for the BRCA genes for breast cancer cost $3,000. Oh, one more thing: if you undergo the test, the company that owns the patent on the gene can keep your tissue and do research on it without asking your permission. Don’t like it? Too bad.

VLA COMMENT: Today researchers have found that the “natural childhood diseases” such as measles, chickenpox protect against cancer.  So they are genetically engineering the natural virus, patenting it and thereby owning it,  as a means to cure some cancers.  See more…

Failure to reach the goal of measles elimination. Apparent paradox of measles infections in immunized person