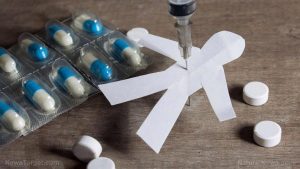 (Natural News) It would seem that Sweden’s Parliament truly cares about doing what is best for its people. Rather than bowing to pressure by pharmaceutical companies or the scare-tactics of the mainstream media, the Swedish government recently adopted a decision to refuse to enforce the compulsory or mandatory vaccination of its citizens. Such a mandate, they noted, would violate the country’s Constitution.