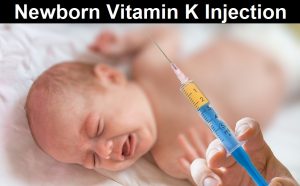 In the moments after Angela Bougher gave birth last winter, she and her husband, a suburban Chicago pastor, were eager to hold their new baby girl.

But as Bougher was being treated in the delivery room, the couple contends, a nurse picked up the infant to administer a vitamin K shot, a common practice in maternity wards across the country to help a baby’s blood-clotting ability in case of emergency.

The Boughers said they are not “anti-vaxxers” or against any procedure they believe to be medically necessary, but they didn’t think the shot was in that category. They had agreed to sign a waiver confirming their wishes that the new baby — their fifth child — not receive vitamin K, based on their beliefs that God’s creation isn’t automatically deficient or flawed at birth.

But instead of offering them a form, the Boughers allege, the nurse announced she was reporting the couple to the Illinois Department of Children and Family Services and left the room with the newborn. It would be about 12 hours before they got the child back, the couple said. 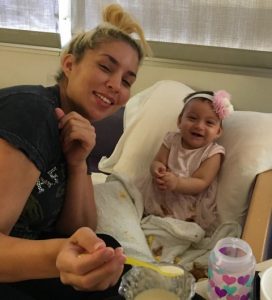 Excerpts: In a Florida case described by Dr. Lyons-Weiler, a mother was still under the effects of medication following birth by cesarean section, when a nurse entered her room asking if she was ready for the shots for the new baby. The mother was confused. Ready now? Ready in general? She didn’t understand and she told that to the nurse.

Without any response to her confusion, the nurse proceeded to call Child Protective Services and the baby was seized by the state.

Hospitals need to be called out on this, says Dr. Lyons-Weiler. He recommends that, if a parent is threatened with CPS for refusing a vaccine, the parent should call the medical director of the facility and tell that person that they intend to seek damages.

[Note: in many of the stories that we have covered, we have seen that such threats, including any threats to sue or file malpractice charges, almost always result in the prompt removal of the child by CPS within 24 hours, and false allegations made by hospital staff that the mother has Munchausen Syndrome by Proxy/Factious Disorder.]

The doctor addresses a situation that more and more parents are finding themselves in – the refusal of the hospital staff to allow the parents and their baby to leave the hospital. Dr. Lyons-Weiler doesn’t mince words.

There were squeals of delight, tears of joy, and hugs all around at the Headley residence in Spartanburg, South Carolina, on Thursday. After almost 15 months in state custody, the 4 Headley boys are home, and their parents want to thank everyone who has prayed and stood by them during the most difficult season of their lives.

The children were seized by the South Carolina Department of Social Services (DSS) on July 10, 2015, when their mother was accused of Munchausen by Proxy by Child Abuse Specialist Dr. Nancy Henderson. That accusation came shortly after parents William and Danielle Headley complained to hospital administrators about their youngest son Jack’s surgery beginning before the 3 year old was fully sedated. Jack was placed into a foster home, and his 3 older brothers were sent to a group home facility – Epworth Children’s Home (website).  READ MORE…

DCFS’ belief that they can operate in complete secrecy is downright scary. What can be so secret, that DCFS would ask that a state senator be excluded from the courtroom? The law seems to be clear. I have been invited to the exact same courtroom in the past, to view the exact same kind of cases, when the court was interested in my help. I can’t tell the public what happened there. What is it, that your representatives should not see happening? What makes an agency believe they have that kind of unbridled power?

Let’s not forget that I became involved in investigating DCFS when the agency refused to give me information about a case. The law clearly states, it turns out, that they have to. It is peculiar how they memorize the secrecy parts and not the sharing parts.

Most do not know that I had to hold the DCFS budget to get that information and the whole Arkansas legislature had to back me to force them to comply. They are clearly more secretive than they have to be. They are clearly more secretive than the law allows. If we saw this on the evening news going on in another country, we would for a moment be thankful that our country did not allow secret police that could disrupt our lives without due process. We would be thankful we are Americans.  READ MORE…

Max and Justine Gibbs were blessed with their second child on February 15th, 2014. Their life was running smoothly. Enjoying their children, their marriage and their home in Lexington Park, Maryland, they were feeling very thankful.

Justine worked as a nurse at the local hospital and had been a nurse for 8 years. Max worked in construction and spent many hours volunteering for their church. Max also attended college for Pastoral Ministry. Justine and Max took turns watching the children while the other one was at work. They also had family support to help when they were working the same shift. This busy couple loved to give back, and like most young couples, they talked about their dreams for the future.

Life was good and they were enjoying every minute!

Their Good Life Turns to Grieving

When their daughter was 8 weeks old, Max noticed her leg was swollen. Max called his wife while she was at work to express his concern. Max’s mother who was living in their home watched their son while Max took his daughter to the hospital. Read more…

What is not mentioned (which in the medical cabal pharma corrupt court may be a good idea) is that this occurred when Max was 8 weeks old (Did he have his well baby visit and get up to 9 vaccine doses?). Hence it may  be the best idea to claim the maternal inherited Ehlers-Danlos Syndrome .  However the breaking news is that the excipients in the vaccines (like Formalin, phenol, aluminum) in the 9 vaccines (some overlapping and therefore multiple doses of the toxins) can not be metabolized by infants under 3 months old depending on the state of their Cytochrome P450 genetics.

Danielle and Alexander Meitiv let their children, 10 and six, walk home alone from a park a mile away from their house. Now, Montgomery County is investigating the couple for child neglect. The parents are responsible and intelligent. Danielle is a climate-science consultant, and Alexander is a physicist at the National Institutes of Health. The police picked up the kids when they had already made it half way home. Then the police called CPS.

The Meitivs say that on Dec. 20, a CPS worker required Alexander to sign a safety plan pledging he would not leave his children unsupervised until the following Monday, when CPS would follow up. At first he refused, saying he needed to talk to a lawyer, his wife said, but changed his mind when he was told his children would be removed if he did not comply.  Read more. Video and story….

Cassaundra Brown and Warnell Ludington are caught in desperate fight for their babies with DCFS, the child protective services department in Illinois, over what they believe in their hearts is a misdiagnosis.  Cassaundra says, “I can’t even believe this is happening.”

The crux of the twins’ removal from their parents allegedly lies in an accusation of Shaken Baby Syndrome, a diagnosis which is surrounded by growing skepticism by medical experts, and which does not take into account Arianna’s history of medical complications since her birth.

Vitamin D Deficiency and 5 Vaccines Given on One Day

At 2 months of age, they received the DTaP, Polio, Hepatitis B, Hib, and Pneumococcal vaccines all on the same day, May 15

The adjudicatory hearing, or trial, is set for mid-March, and has already been rescheduled three times.  The family has a facebook page:

The Governor of Illinois is Pat Quinn. Contact him here.

The State Senator for the Family is Linda Holmes. Contact her here.

The State Representative for the Family is Stephanie A Kifowit. Contact her here.

Ask local media in Chicago to also cover this story.

VLA Comment:  The good news is that the “innocence project” is onto the Shaken Baby Syndrome.  Kent Simmons, in Iowa, just exonerated a parent of a 3 week old.  The Innocence Project has office all over the US.

VLA Comment: Notice the subliminal message of the infant getting a vaccine. The establishment determines that non vaccinating children is medical neglect.

“He wouldn’t eat when he was crying we would see the cut on his tongue, so I called his doctor and he said we should take him to the ER. So we went to the ER,” mother Molly Bowling said.

The hospital insisted that the child stay over night…they complied.

“As soon as I asked for a lawyer…they came here and took the other kids out of the house,” father Mike Becker said.

Almost a month has passed now and the family has no idea when they may be getting their children back. The only communication they have received from the kidnappers is a letter stating that there were no signs of abuse, however they did find signs of neglect.

The family was not told what these signs of “neglect” were and CPS has refused to even answer their calls.

Unfortunately, this family’s story is not a unique situation in America today, but it is part of a corrupt system that has grown in power and is now out of control. This story can be retold by families all across America.

Earlier this month we reported on the story out of Bellingham, WA where a family had their children literally ripped out of their arms by police after choosing to give birth at home.

The frightening aspect of this situation is that it seems to be getting worse. There is actually a financial incentive for CPS to take children as states will lose funding if they do not meet a certain quota of children placed into foster care.  Read more…