When Lindsey Nagel gave birth to her son Rico, she recognized that the only reason that she had lived long enough to fall in love and bear a child was because of the courage of her parents to discontinue a dangerous medication for her when she was just 2-years-old.

She was devastated when doctors insisted that the same drug be given to her newborn son. When she hesitated to comply, doctors and a social worker with the Mayo Clinic affiliated hospital called Child Protective Services. READ MORE…

Was Texas Mom’s Baby who was Accidentally Vaccinated with Gardasil Medically Kidnapped for Medical Research?

When Anita Vasquez sought medical care for the reactions her baby girl was having after mistakenly being given the Gardasil vaccine at only 4 months old, she had no way of knowing that she was walking into a hospital that was working on vaccine development in collaboration with one of the largest pharmaceutical companies in the world.

She found herself tangled in what appeared to her to be a deep web of interests that were in direct conflict with her only goal, which was simply trying to get help for her baby.

Instead of finding help, she was met with accusations that she had somehow caused harm. Doctors and social workers testified that Anita had Munchausen Syndrome by Proxy (also known as “factitious disorder”), which means she was accused of making up her daughter’s medical conditions when there were none. Anita is a licensed nurse by profession.

The state of Texas recently terminated her parental rights to her daughter Aniya Blu.

It was apparent to Anita from the very beginning that there was more going on than meets the eye.

Evidence was hidden. Medical records were kept from her and her attorneys. Medical diagnoses of real problems were covered up.

The deception continued throughout the ordeal with Child Protective Services, and it followed Anita into the courtroom. There were many facts of the case that Anita didn’t learn about until just before the termination hearing. Even then, the evidence was ignored. 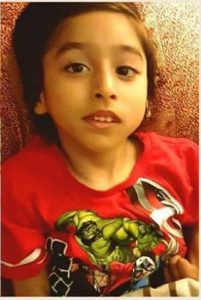 There were squeals of delight, tears of joy, and hugs all around at the Headley residence in Spartanburg, South Carolina, on Thursday. After almost 15 months in state custody, the 4 Headley boys are home, and their parents want to thank everyone who has prayed and stood by them during the most difficult season of their lives.

The children were seized by the South Carolina Department of Social Services (DSS) on July 10, 2015, when their mother was accused of Munchausen by Proxy by Child Abuse Specialist Dr. Nancy Henderson. That accusation came shortly after parents William and Danielle Headley complained to hospital administrators about their youngest son Jack’s surgery beginning before the 3 year old was fully sedated. Jack was placed into a foster home, and his 3 older brothers were sent to a group home facility – Epworth Children’s Home (website).  READ MORE…

VLA Comment: Notice the subliminal message of the infant getting a vaccine. The establishment determines that non vaccinating children is medical neglect.

“He wouldn’t eat when he was crying we would see the cut on his tongue, so I called his doctor and he said we should take him to the ER. So we went to the ER,” mother Molly Bowling said.

The hospital insisted that the child stay over night…they complied.

“As soon as I asked for a lawyer…they came here and took the other kids out of the house,” father Mike Becker said.

Almost a month has passed now and the family has no idea when they may be getting their children back. The only communication they have received from the kidnappers is a letter stating that there were no signs of abuse, however they did find signs of neglect.

The family was not told what these signs of “neglect” were and CPS has refused to even answer their calls.

Unfortunately, this family’s story is not a unique situation in America today, but it is part of a corrupt system that has grown in power and is now out of control. This story can be retold by families all across America.

Earlier this month we reported on the story out of Bellingham, WA where a family had their children literally ripped out of their arms by police after choosing to give birth at home.

The frightening aspect of this situation is that it seems to be getting worse. There is actually a financial incentive for CPS to take children as states will lose funding if they do not meet a certain quota of children placed into foster care.  Read more…