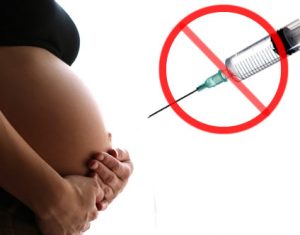 A new study comparing four outcomes—fetal death, low birth weight, small for gestational age birth and preterm birth—for infants whose mothers received flu shots or a placebo turned up surprising results. Not only was influenza vaccination during pregnancy was ineffective in lowering risk for the four outcomes, but they also noted that the vaccinated infants fared worse. Read more… 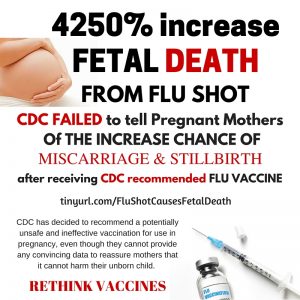 A study published in the journal Clinical Infectious Diseases actually found that not only did the inactivated influenza vaccine not provide additional protection against the flu virus, but it also left recipients lacking in “temporary non-specific immunity that protected against other respiratory viruses.” (Related: Flu vaccine BOMBSHELL: 630% more “aerosolized flu virus particles” emitted by people who received flu shots… flu vaccines actually SPREAD the flu.)

So, not only is the flu shot ineffective, but it increases risk of other viral infections. It is also known to carry serious side effects, including seizures and convulsions, swelling on the brain and Guillain-Barre syndrome, to name a few. (Related: Flu vaccine paradox spreading globally as more vaccinated people catch the flu.)  READ MORE…

The route of exposure for natural influenza infection is the respiratory tract, not subcutaneous (SC) or intramuscular (IM) injection. Influenza vaccines artificially changed the route of initial viral protein exposure to SC or IM injection thus making it similar to the route of exposure for dengue. The result is an IgE response to influenza proteins, similar to the response for dengue. It should therefore not come as a surprise that we are modifying the course of influenza infection such that it is acquiring characteristics of a dengue infection (hives and shock).

The Department of Justice has filed a lawsuit charging that a Wisconsin nursing home’s insistence that all employees get annual flu vaccinations amounted to religious discrimination and a violation of the Civil Rights Act of 1964, CNBC reports. 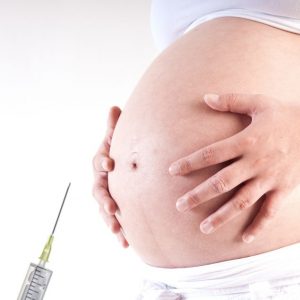 2017 CDC Study Warns Pregnant Women Not To Get FLU SHOT 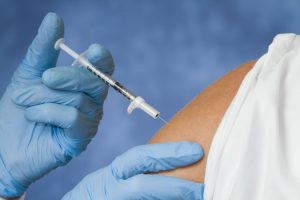 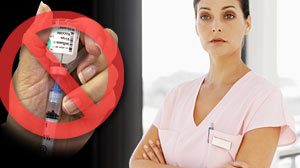 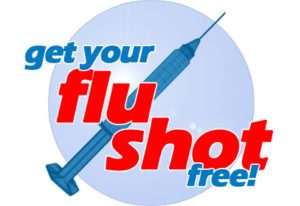