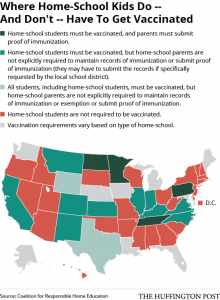 HSLDA, a homeschooling advocacy organization, has created a map showing which states require the most regulation.

When the program is complete, every new parent — this includes adoptions — would receive a series of two or three visits by someone like a nurse or other health care practitioner.

The visits could include basic health screenings for babies; hooking parents up with primary care physicians; linking them to other services; and coordinating the myriad childhood immunizations that babies need. (Emphasis added.)

The bill also states that these home visits “shall take place in the child’s residence with the consent of the parent, guardian, or legal custodian and an interview or observation of the child may be conducted.”  READ MORE…

A little over two years ago, Hal Stanley and his wife Michelle learned the hard way about how CPS views parents who defy the U.S. Food and Drug Administration’s (FDA) pharmaceutical mandate for treating sick children. When the couple was found to be harboring a dietary supplement known as miracle mineral solution, or MMS, in their home — MMS is not FDA-approved — armed law enforcement and CPS officials raided the home and kidnapped seven of the family’s home-schooled children.

For no other reason than simply to punish the family for possessing a substance that is known to cure serious conditions like AIDS and cancer — because the FDA hates natural cures, after all — state officials abducted the Stanley children at gunpoint and illegally held them for months on frivolous charges, this being the subject of the new lawsuit. READ MORE.. 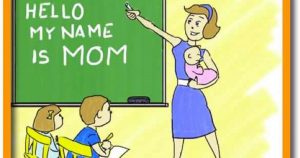