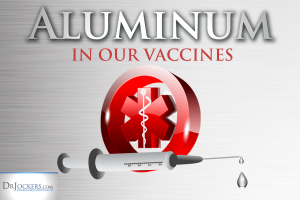 Despite the huge amount of money invested in studying vaccines,
there are few observational studies and virtually no randomized
clinical trials documenting the effect on mortality of any
of the existing vaccines. One recent paper found an increased
hospitalization rate with the increase of the number of vaccine
doses and a mortality rate ratio for 5e8 vaccine doses to 1e4 vaccine
doses of 1.5, indicating a statistically significant increase of
deaths associated with higher vaccine doses. Since vaccines are
given to millions of infants annually, it is imperative that health
authorities have scientific data from synergistic toxicity studies on
all combinations of vaccines that infants might receive to improve
vaccine safety [194].

Moreover, from one side the non-specific beneficial effects of
vaccines on survival can be underestimated, on the other side the
negative effect of other vaccines may not be captured by current
studies [195]. As a matter of fact, in case of vaccine-associated
autoimmune phenomena latency periods between the vaccine
administration and the appearance of clinical symptoms can be
longer (months or years after vaccination) than the time interval
commonly established.

Information on drug absorption and disposition in infants and children has increased considerably over the past 2 decades. However, the impact of specific age-related effects on pharmacokinetics, pharmacodynamics, and dose requirements remains poorly understood. Absorption can be affected by the differences in gastric pH and stomach emptying time that have been observed in the pediatric population. Low plasma protein
concentrations and a higher body water composition can change drug distribution. Metabolic processes are often immature at birth, which can lead to a reduced clearance and a prolonged half-life for those drugs for which metabolism is a significant mechanism for elimination. Renal excretion is also reduced in neonates due to immature glomerular filtration, tubular secretion, and reabsorption. Limited data are available on the pharmacodynamic behavior of drugs in the pediatric population.Pediatric Population study Cyp 450.

VLA Comment: Remember children under 3 years old have “immature” cytochrome P450 and 10% of Caucasians for example, are “non-metabolizers”…they cannot metablize many drugs all their lives and become psychotic when given drugs after being diagnosed as ADHD, Autism, etc which are vaccine injuries caused by inability to metabolize the ingredients in vaccines.

Hundreds of Thousands of Babies on Antidepressants & Psychotropic Drugs 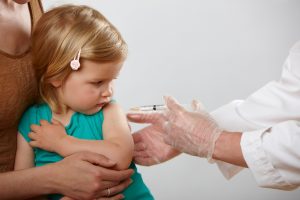 The Vaccinated had a Higher rate of Allergies and Autism Spectrum Disorder, Attention Deficit Hyperactivity Disorder, and/or a learning disability (NDD) than the Unvaccinated.

ALERT: Editors’ Note Appended 11/28/16: The survey mentioned was taken directly from the Frontiers in Public Health website. The published abstract was recently deleted from their website. The cached images of the survey has been saved on this link:  READ MORE…

RESULTS: We found increased risks of being diagnosed with AD overall and specifically with comorbid mental retardation in children of foreign-born mothers who were black, Central/South American, Filipino, and Vietnamese, as well as among US-born Hispanic and African American/black mothers, compared with US-born whites. Children of US African American/black and foreign-born black, foreign-born Central/South American, and US-born Hispanic mothers were at higher risk of exhibiting an AD phenotype with both severe emotional outbursts and impaired expressive language than children of US-born whites. READ MORE…