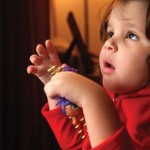 In yet another peer-reviewed study (the fifth in a little over a month), “Study of Some Biomarkers in Hair of Children with Autism” published in the journal of Middle East Current Psychiatry 2011, 18:6-10 by investigators from the Departments of Psychiatry, Forensic Medicine and Toxicology, Faculty of Medicine, Mansoura University, Egypt, describes a significant link between mercury and autism.  These investigators then reported [emphasis added], “Geier et al. [11] suggested that emerging evidence supports the theory that some ASDs may result from a combination of genetic biochemical susceptibility, specifically reduced ability to excrete mercury, and exposure to mercury at critical developmental periods. They also pointed the role played by protective factors (e.g. estrogen, glutathione, selenium, and vitamins) and exacerbating factors (e.g. antibiotics, concurrent heavy metal exposure, such as lead, arsenic, and androgens).