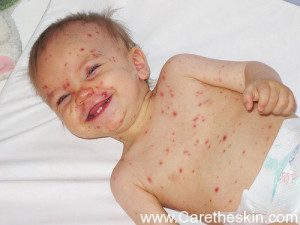 Despite this information being freely available, in 2005, the MMRV, a vaccine said to protect children against measles, mumps, rubella and varicella (chicken pox) was licensed for use in the US, which, according to the CDC, was said to be very safe and effective.

However, what is particularly worrying for parents is the fact that, according to a CDC paper titled Use of Combination Measles, Mumps, Rubella, and Varicella Vaccine: Recommendations of the Advisory Committee on Immunization Practices (ACIP), the MMRV vaccine:

This wording appears to indicate that children have been taking part in vaccination trials for several years without their parents’ consent. Furthermore, according to the CDC:

After studying a number of peer-reviewed studies published between November 30, 1974, when information on the varicella vaccine was first published and August, 1, 2016, the researchers discovered that breakthrough varicella and death were not the only adverse reactions the recipients of the single varicella and the MMRV should be concerned about.