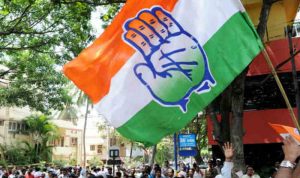 Monday, December 5th with a 5:30 p.m. roll call vote on the motion to invoke cloture on the motion to concur in the House amendment to the Senate amendment to H.R. 34, the 21st Century Cures Act.  Amend HR 34 to REMOVE Sections 3091, 3092, and 3093 prior to voting that shield drug companies and vaccine administrators from liability for fetal injuries and deaths caused by vaccines marketed for and given to pregnant woman.

The general perception, worldwide, was that 2009 was the “year” of the experimental monovalent, 2009 A-H1N1, pandemic influenza vaccine on pregnant women. The Vaccine Adverse Events Reporting System (VAERS) reports of spontaneous abortions and stillbirths following the administering of the 2009 A-H1N1 vaccine were more than “100” spontaneous abortion and stillbirth reports in temporal association with the 2009 A-H1N1 flu shot. The independent Goldman study in cooperation with our organization, NCOW, (link above) found a total of 174 VAERS fetal-death reports in 2009/10 flu season as compared to “4” and “21” fetal-demise events in the prior 2008/9. In percentages this is equivalent to a 4,250 increase in miscarriages and stillbirths. It is alarming that the CDC chose to hide from OB/GYNs and the public the massive spike in fetal-death reports to VAERS, in real time, as well as the potentially causal relationship between the two. The CDC was aware of the VAERS data, the 40-fold spike in fetal-demise reports relative to the prior year, ultimately corroborated by the CDC, however, rigorously covered up and therefore unknown to the public and its legislators.  READ LETTER T SENATORS: 21st-century-leg