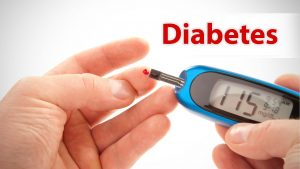 New Evidence of Vaccine-Associated Increases in Diabetes – Evidence of a vaccination-diabetes connection has been strengthened since 1996 by the epidemiologic investigation of J. Barthelow Classen, M.D., a former researcher at the National Institutes of Health and the founder and CEO of Classen Immunotherapies, Inc.. Dr. Classen is developing ways to prevent autoimmune disease and maintains that one reason there is a growing epidemic of diabetes in the world is because vaccines given to children at two months and older can induce immune-mediated diabetes.

Classen has analyzed mass vaccination and disease incidence data from foreign countries, which keep better records of diabetes incidence than the U.S., as well as has conducted basic science research experiments on mice and rats to support his argument. Beginning with lab experiments, he demonstrated that 8 week old rats and mice injected with DPT vaccine had a higher incidence of diabetes than those who were not injected with DPT vaccine at 8 weeks old. Then he searched for evidence in existing epidemiological data on human populations to suggest that injecting two month old babies with vaccines causes an increased incidence in diabetes.

More Vaccines Equal More Diabetes – In the October 22, 1997 Infectious Diseases in Clinical Practice, Classen presented more data further substantiating his findings of a vaccine-diabetes connection. He reported that the incidence of diabetes in Finland was stable in children under 4 years of age until the government made several changes in its childhood vaccination schedule. In 1974, 130,000 children aged 3 months to 4 years were enrolled in a vaccine experimental trial and injected with Hib vaccine or meningococcal vaccine. Then, in 1976, the pertussis vaccine used in Finland was made stronger by adding a second strain of bacteria. During the years 1977 to 1979, there was a 64 percent increase in the incidence of Type 1 diabetes in Finland compared to the years 1970 to 1976.