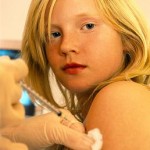 SANE Vax Inc. contracted with an independent lab to test for contamination and found HPV recombinant DNA (rDNA) in 13 vaccine vials.  The Gardasil vials with different lot numbers were from New Zealand, Australia, Spain, Poland, France and three states in the U.S.  100% of the samples tested positive for the presence of the genetically modified HPV DNA.  Natural HPV which is for the most part self-clearing is not found floating around for years in the bloodstream as it is isolated naturally to the cervix area. However, the genetically engineered HPV can be located in the bloodstream…NOT GOOD! Read press release from S.A.N.E… See Gardasil video of girls talking about their lives being ruined…. Vaccine Adverse Event Reporting System. VAERS statistics clearly show that HPV Vaccines, Gardasil and Cervarix, have been associated with 22, 619 adverse reactions; 8,926 of those reports requiring emergency hospitalization; and 4,616 cases where the victim did not recover. Death reports stand at 102.

According to the National Vaccine Information Center, these figures reflect 1 to 10% of the vaccine injured population reporting.

The rate of anaphylaxis in young women post HPV vaccination has been found to be significantly higher by approximately – 5 to 20 fold – than those identified in comparable school-based vaccination programs. In fact, out of the 76 vaccines approved by the FDA the HPV vaccines make up 24% of the adverse injuries being reported.