This video summarizes the preliminary results of our analyzes, presented to the conference organized by the Italian National Biologist’s Chamber on January 25, 2019. After this public event, many of the preliminary results were confirmed with certified standard controls and inter-laboratory analysis, plus one was object of a notification to the police office responsable for the control of defective drugs on the market.

Many propagandists claim that fetal cells are derrived from one cell line, one fetus, decades ago.  Here is Sayerji from Green Meds research on the currency of fetal cell lines.  “BIOTECH’S DARK PROMISE!

SNOPES: Although Snopes dances around whether there are fetal cells in Pepsi…they confirm that Pepsi has a deal with Senomyx producers and that Senomyx indeed uses a technology that is derived from fetal cells.

Aborted cells are used in the development of artificial flavor enhancers by biotech company Senomyx, with which PepsiCo signed a four-year, $30 million agreement in 2010 for research and development. No Pepsi products containing Senonymx flavor enhancers should be expected until 2013.

The tongue of a foetus was used solel to develop a technology that could “taste” how sweet, sour, salty etc. To my understanding now, it is not in the products, but a potentially dangerous compound is.

Nestles, Kraft, Pepsi, etc invested in the development of a profound compound whose patent papers show the size of the compound being like half of a copy paper. The consideration we are having is that were there any long term studies? How senomyx (unlabeled) works is that this compound in the product affects the taste buds.

So instead of sugar, this compound is put in the product and fools your tongue to think their is sugar in the product but there is not…so no sugar calories. However, who is to say that this compound won’t destroy the taste buds with its repeated, unnnatural assault and leave our tastebuds damaged. We enjoy food and drink…we really enjoy taste so much that we overeat because though our stomach is full our mouths want some delight. What would the world seems like if we lost our tastebuds due to this ubiquitous unnatural assault? I have put in a FOIA request for a copy of their long term test that should have been done for FDA approval.

To our knowledge, The only companies using Senomyx flavors are listed on this website:  www.cogforlife.org/fetalproductsall.pdf  .

VLA Comment: Apparently, Cog for Life has done “extensive research” on the issue and is assured that there is no fetal DNA or cloned human DNA in the final products as the technology using fetal cells were just to identify the taste receptors in order to make “chemical compounds” to alter and fool our tastebuds.  Although, apparently, except for using fetal cells of healthy but aborted babies to discover the mechanism of taste receptors, the final aim was to develope chemical compounds to alter our tastebuds.  My question is how good is that for our species that we can no longer can  trust our God given senses? And moreover, are these chemical compounds poisonous, carcinogenic or ultimately destructive to the organic tastebud receptors?

Not part of Senomyx – Neocutis Products:
This company produces anti wrinkle creams that contain cells from a 14 week gestation aborted malebaby. Following is the list of the creams, but we recommend a full boycott of all Neocutis Products.
• Bio-Gel Prevedem Journee
• Bio-Serum Lumiere
• Bio Restorative Skin Cream

VLA COMMENT: It must be over 10 years ago that VLA tried to influence the FDA regarding Senomyx when it was just getting off the ground. We did the same with GMO technology…but much of the corporate establishment knows no bounds when it comes to greed.   There is more to know.

This bears repeating:  ASIDE FROM FETAL CELLS, These specialized molecules trick the tongue into not tasting the bitterness naturally inherent in foods such as cocoa or soy. Moreso, Senomyx is considered propriety and is not labelled. Think about the social implications of a child thinking he is tasting something sweet when it is not….it is just an affect the nano technology of synomex has on the tongue.  Truly we are in an age that no one can trust their five senses.

San Diego-based Senomyx has created novel flavors such as cold and creamy based on a rethinking of how taste buds perceive flavor. Using nanoscale assays, researchers have identified which individual cells on a given taste bud perceive a flavor. Each cell would recognize just one of the five main flavors — bitter, salty, sweet, sour and umami. Working within this conceptualization, the company has developed a library of flavors, incluing compounds called bitter blockers. These specialized molecules trick the tongue into not tasting the bitterness naturally inherent in foods such as cocoa or soy. These bitter blockers as well as Senomyx’s sweet and salty enhancers have already gotten the nod of approval from food giants such as Nestle and Coca Cola who are responding to consumer desires for packaged foods and beverages formulated with less salt and sugar. READ MORE…

VLA Comment:  Quote from Bittermyx (Senomyx) “Our scientists have identified the function of 22 bitter taste receptors responsible for sending the bitter taste signals in many API products used in OTC and prescription drugs. Leveraging this knowledge, Senomyx has developed a comprehensive bitter receptor profile to more effectively screen APIs and to identify the specific bitter receptors associated with bitter taste of a given API”.

You see, they are affecting the receptors on our tongues, basically without our knowledge or permission. http://www.senomyx.com/api-program/ 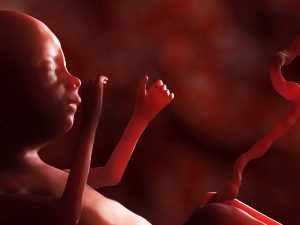 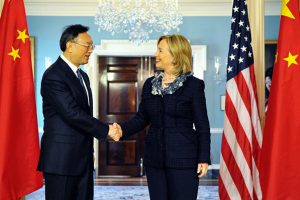 Human fetal DNA introduced with vaccines may be taken up via cellular DNA uptake receptors or may spontaneously penetrate cell membranes that have become permeable during inflammatory reactions, study says.

A trio of recent publications in the journal NEURON reports the presence of hundreds of diverse de novo gene mutations indicating that autism spectrum disorder (ASD) may be a disease of genomic instability, with a significant environmental component.  Altered double strand break formation and repair pathways (DSB) may be a commonality among the diverse genetic mutations that have been documented in ASD.  US birthyear changepoints in AD are apparent in 1980, 1988 and 1996, coinciding with the switch to or introduction of childhood vaccines contaminated with human endogenous retrovirus K (HERVK) and human fetal DNA fragments.  The HERVK and human fetal DNA contaminants could contribute to the genomic instability of ASD demonstrated by de novo mutations.   Read more…