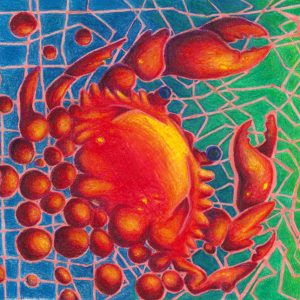 Era of vaccination: reversal of the trend. Gardasil’s prevention failure erases the beneficial effects of the smear and accelerates the onset of cervical cancer.

Since vaccination, in all the countries implemented with a large vaccination program, there is a reversal of the trend, with a significant increase in the frequency of invasive cancers in the most vaccinated groups. Let’s look at OFFICIAL sources.

Cancer lives exclusively on sugar. If you are fighting cancer you must also not each carbohydrates.
With the diet and protocol if you haven’t had too much chemotherapy you can cure terminal Stage four cancer within a year.

The answer may lie in an understanding of nagalese, a protein made by cancer cells and viruses. Nagalese is a primary cause of immunodeficiency given its ability to block the body’s production of GcMAF, otherwise known as “Vitamin D binding microphage activating factor,” a naturally-produced immune regulating compound that aids in fighting what are traditionally considered terminal diseases. Some researchers suggest that nagalese is one of many toxic components found in the immunizations commonly administered to children, including the Measles-Mumps-Rubella vaccine.

Some independently-minded medical practitioners are beginning to acknowledge not only the nagalese-vaccination link, but also that GcMAF possesses great potential for the treatment of cancer and a variety of other illnesses, including autism, inflammation, and viral and bacterial disease.

The most prominent of the seven doctors who’ve been murdered or died under suspicious circumstances is James Jeffrey Bradstreet. As the contents of his blog drbradstreet.org suggest, Dr. Bradstreet has conducted extensive research into the causes of autism. His body was found on June 19 floating in a North Carolina river with a gunshot wound to his chest. Perhaps uncoincidentally, Bradstreet was a strong advocate of GcMAF and had treated over 2,000 autistic children with the substance; 85% exhibited marked improvement under his care.

What does the data show?

A signal of harm. Plain and simple. In their paper, Carcinogenicity of psychotropic drugs, Amerio et al. found:

Cancer? How could psych meds cause cancer?.

When you expose your body to pharmaceutical grade chemical influence, it is forced to adjust.

We think of these medications as “fixing” brain problems, but we are just beginning to learn some of the many effects they have on the body as a whole, and the unmapped individual differences in metabolism and toxicant threshold effects, on the body’s mechanisms for survival in adversity – aka cancer.

Look what happened when they bothered to ask about the effects of Zyprexa on gut bacteria: This study furthers the theory that gender may impact on the nature of, and susceptibility to, certain side effects of antipsychotics. In addition, we demonstrate, what is to our knowledge the first time, an altered microbiota associated with chronic olanzapine treatment.

28 Doctors, 11 Scientists, 9 Survivors And 1 “FDA Dragon Slaying”
Attorney Break Their ‘Code Of Silence’ And Expose The
TRUTH About Cancer And Exactly How To Prevent,
Treat And Beat it 100% Naturally

Dr.Tent tells the story of how the Cancer Epidemic that we see today started and the conspiracy that took place between Lee Harvey Oswald, Judyth Baker and the polio/cancer epidemic. Comment: Excellent ’til about 60 minutes
INTERVIEW WITH JUDYTH BAKER..RIVETING

http://www.amazon.com/Me-Lee-Came-Harvey-Oswald/dp/1936296373
Me & Lee: How I Came to Know, Love and Lose Lee Harvey Oswald [Paperback]
Book Description
Publication Date: October 22, 2011
A young scientist, Judyth Vary Baker, suddenly finds herself immersed in a life of espionage in New Orleans, involving two plots: the attempted assassination of Fidel Castro, and the successful assassination of President John F. Kennedy. At the heart of the plots is the mysterious Lee Harvey Oswald, who quickly wins Judyth’s affection and love. In this true-life story, Judyth offers documentation on page after page: how she came to be a cancer expert at such a young age, how her relocation to New Orleans was engineered to involve her in the get-Castro plot, how she was manipulated to help develop a biological weapon to eliminate Castro, and how Oswald came to confide in her. Judyth’s narrative connects the dots to heretofore shadowy and hidden events in New Orleans and Dallas involving Oswald. She reveals how Oswald, ordered to hand off the biological weapon to a contact in Mexico City, found himself betrayed there. His eyes now opened, the future Patsy went on to sacrifice his life through his efforts to save Kennedy, as well as to protect those he loved from certain death. Judyth, who knew of Kennedy’s impending assassination through conversations with Oswald occurring less than two days before Kennedy was shot in Dealey Plaza, confirms that Oswald was a deep-cover intelligence agent who was framed for an assassination he was actually trying to prevent. Over 600 pages, filled with new photos and rare documents.–