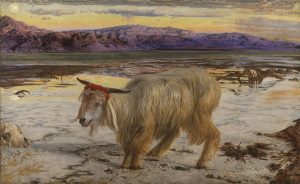 Introduction: I have undertaken this review of the case against Dr. Andrew Wakefield because the issues involved are far more consequential than the vilification of one doctor. The issues, as I see them, involve (a) collusion of public health officials to deceive the public by concealing scientific evidence that confirms empirical evidence of serious harm linked to vaccines – in particular polyvalent vaccines; (b) the “willful blindness” by the medical community as it uncritically fell in line with a government dictated vaccination policy driven by corporate business interests.

Public health officials and the medical profession have abrogated their professional, public, and human responsibility, by failing to honestly examine the iatrogenic harm caused by expansive, indiscriminate, and increasingly aggressive vaccination policies. On a human level, the documented evidence shows a callous disregard for the plight of thousands of children who suffer irreversible harm, as if they were unavoidable “collateral damage”.

All of the documented evidence and testimonies submitted to the General Medical Council, upon which GMC issued its guilty verdicts against Dr. Wakefield and his two co-defendants in 2010, were subsequently forensically assessed by the UK High Court in March 2012, in the appeal of Professor John Walker-Smith, the senior clinician and senior author of the Lancet case series. The High Court determined that the verdicts of professional misconduct and ethics violations were unsupported by the evidence.