Hammond’s team is genetically engineering the Anopheles gambiae mosquito, which is the primary species that spreads the malaria parasite. Nearly all of the offspring of the modified mosquitoes inherit mutations that knock out the genes females need to make eggs.

“If we can sterilize the females,” he says, we “can actually eliminate a whole mosquito population without affecting those mosquitoes that don’t have the capability to transmit malaria.”

Many scientists think gene drives could have their biggest impact on agriculture. Gene drives might, for example, enable researchers to quickly transform entire crops so that farmers don’t need to use polluting pesticides. 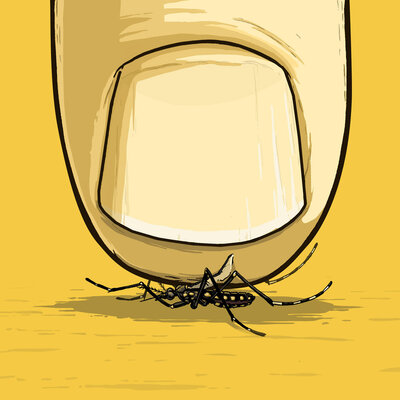 Would It Be A Bad Thing to Wipe Out A Species … If It’s A Mosquito?

“This is our chance to solve some of the world’s most pressing problems using biology,” says Kevin Esvelt, a gene-drive researcher at the Massachusetts Institute of Technology.

But critics worry gene drives are just too powerful and could easily produce unintended consequences.