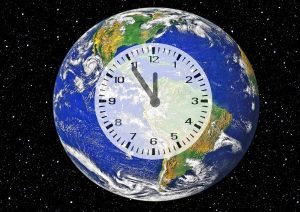 Something is causing the waters just off the west coast to heat up dramatically, fish are dying off in staggering numbers, birds that feed on those fish are also dying off rapidly, and scientists have discovered 15,000 holes in the ocean floor off the coast of California. Oh, and scientists don’t know for certain why any of these things are happening. Unfortunately, the mainstream media is not emphasizing this crisis, and so most Americans don’t even know what is going on. But the truth is that what we are facing is extremely serious. In fact, officials have taken the “unprecedented” step of shutting down the federal cod fishery in Alaska for the year because of the lack of fish. We are seeing things happen that we have never seen before, and this is definitely going to affect our food supply. 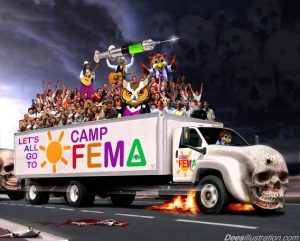 VLA Comment: Here we have a new legislation driven by Senator Pan the initiator of SB277 that has taken away the rights of California children to attend school if they are not fully vaccinated.

On December 5, 2016, Democratic Senator Pan brought SB 18: Bill of Rights for Children and Youth in California to the Senate floor.  READ MORE….

This bill, commencing September 1, 2016, would prohibit a person from being employed or volunteering at a day care center or a family day care home if he or she has not been immunized against influenza, pertussis, and measles.

Thursday, Sept. 12, 2015 the California legislator passed another first in the nation bill, SB 792.  It is a very dangerous precedent.  It is the first in the nation that a government mandates vaccination to private industry. With this we may see a future of the government mandating vaccine compliance to one industry at at time, as a means to achieve National Institute of Health goals of Compulsory Adult Vaccination. This follows on the heels of SB 277 which has been signed into law.  SB277 prohibits a child to attend private, public or pre school without being fully vaccinated (at this time….49 vaccine doses by the age of six).  Unvaccinated children must homeschool.  Homeschool can not be a classroom setting. It is notable that Bill Gates, the number one promoter of world wide vaccination also is in the homeschool business  (virtual education).  He has bought up many home school programs and has changed programs to integrate Federally developed education for the masses…Common Core Curricuum.

I swore an oath to uphold the U.S. and California constitutions. Sometimes, that means voting against “responsible” bills that nevertheless represent government overreach. California’s broad new mandate, that a child cannot attend school unless vaccinated for 10 conditions and “any other disease deemed appropriate,” was such an occasion.

The legislation affects four fundamental rights: to parent one’s children; to refuse medical treatment; to practice one’s religion (for those whose creed genuinely eschews medicine); and to attend school (a unique right recognized in California).

Assuming the government has a compelling reason here — slowing the spread of disease — it still can only infringe these liberties if a law is narrowly tailored and logical, and if no less-restrictive means exist.

Consider the following examples. There are 1.2 million Americans with HIV and 178 this year with the measles. Just as vaccines slow or halt the spread of measles, prophylactics slow or halt HIV.

But could the government mandate that everyone use condoms to stop the spread of HIV? Of course not. Such intimate decisions are not for government to make.

About 56,000 people die from the flu or pneumonia each year. Prohibiting travel and assemblies of anyone suspected of being infected would stop disease transmission, prevent deaths and do much good. But again, because the right to assemble is fundamental, the government could not take it away just because you have the flu.

As an article in the Yale Journal of Health Policy, Law, and Ethics recently noted, court rulings allowing mandatory vaccinations are outdated, narrow and come from a line of precedent that also allowed the government to sterilize those it deemed genetically unfit. Forced-vaccination proponents often say we should “trust scientists.” I do. They would be wise to trust constitutional lawyers.

A law mandating vaccinating kindergarteners for an STD, shots for tetanus (not communicable) and “any other” vaccines that some bureaucrat chooses — or a child loses the right to education — is too broad to be constitutional.

Mike Gatto, a Democrat, represents Burbank in the California State Assembly and has practiced constitutional and appellate law.