A Brazilian judge has suspended the use of products containing the agrochemical glyphosate, a widely employed herbicide for soy and other crops in the country, according to legal filings.

A federal judge in Brasilia ruled that new products containing the chemical could not be registered in the country and existing registrations would be suspended within the next 30 days, until the government reevaluates their toxicology.

The decision, which could be subject to multiple appeals, also applies to the insecticide abamectin and the fungicide thiram.

The ruling affects companies such as Monsanto Co, which markets a glyphosate-resistant, genetically-modified type of soybean that is planted on a large scale in Brazil. Monsanto is now a unit of Bayer AG, following a $62.5 billion takeover of the U.S. seed major which closed in June.

Syngenta Patent shows that the Genetic Engineering of our nations food supply is based on Cytochrome P450 technology whereby the genetically engineered seed is manipulated to be an ultra rapidmetabolizer while the “weeds” who are normal metabolizer dies in the presence of Glysophate.  Cytochrome P450 Gene Conferring herbicide resistance PATENT

90% of today’s modern drugs are metabolized by Cytochrome P450.

CYP1A2, CYP2C9, CYP2C19, CYP2D6, CYP3A4, and CYP3A5 enzymes metabolize 90 percent of drugs. these enzymes are predominantly expressed in the liver, but they also occur in the small intestine (reducing drug bioavailability), lungs, placenta, and kidneys.2

One out of every 15 white or black persons may have an exaggerated response to standard doses of beta blockers (e.g., metoprolol [Lopressor]), or no response to the analgesic tramadol (Ultram). This is because drug metabolism via CYP450 enzymes exhibits genetic variability (polymorphism) that influences a patient’s response to a particular drug.3

Every person inherits one genetic allele from each parent. Alleles are referred to as “wild type” or “variant,” with wild type occurring most commonly in the general population.

VLA Comment: Cytochrome P450 is not mature in infants and children under the age of three years old yet we are giving vaccines with excipients that must be detoxed out of the body by Cytochrome P450 family of liver enzymes which infants do not have. These enzymes are predominantly expressed in the liver, but they also occur in the small intestine (reducing drug bioavailability), lungs, placenta, and kidneys.2

Note in cases of Autism and vaccinating pregnant women:

Cyp 450 are found in the “Small intestines and placenta”

“[T]he internal documents obtained by the Guardian show the FDA has had trouble finding any food that does not carry traces of the pesticide. ‘I have brought wheat crackers, granola cereal and corn meal from home and there’s a fair amount in all of them,’ FDA chemist Richard Thompson wrote to colleagues in an email last year regarding glyphosate … broccoli was the only food he had ‘on hand’ that he found to be glyphosate-free …

Separately, FDA chemist Narong Chamkasem found ‘over-the-tolerance’ levels of glyphosate in corn, detected at 6.5 parts per million [ppm], an FDA email states. The legal limit is 5.0 ppm. An illegal level would normally be reported to the Environmental Protection Agency (EPA), but an FDA supervisor wrote to an EPA official that the corn was not considered an ‘official sample.’”  READ MORE…

After much fanfare, a state appeals court has ruled that California can list glyphosate as a carcinogen — and that the state’s ban on discharging the herbicide into public waterways stands, too. Despite Monsanto’s best efforts to keep the toxicity of their product under wraps, the ruling in California is undoubtedly a small victory for concerned consumers and environmental advocates everywhere.  READ MORE…

VLA Comment: It is ubiquitous! Even found in ORGANIC food. 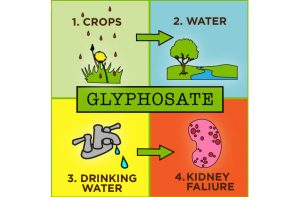 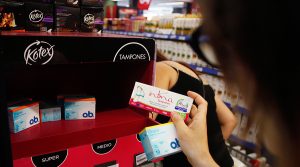 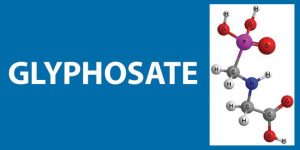 EXCERPT:  Don: Yes. As I have mentioned previously, this chemical gives the plant, and many of the supporting microorganisms, the equivalent of AIDS. It is a synthetic amino acid that can be incorporated as glycine in the proteins of microbes and plants. This aberrant amino acid can then create chaos. The Shikimate pathway is integral to life on the planet and it is seriously impacted. While it is true that mammals do not have a Shikimate pathway, we all house trillions of beneficial organisms that are dependent on this pathway.

VLA COMMENT: MIT senior researcher says that glyphoste plus vaccines are project to increase Autism cases to 1 out of 2 children by 2032.

The vast majority of the corn and soybeans grown in the United States are now genetically engineered. Foods produced from GM crops have become ubiquitous. And unlike regulatory bodies in 64 other countries, the Food and Drug Administration (FDA) does not require labeling of GM foods.

Two recent developments are dramatically changing the GMO landscape. First, there have been sharp increases in the amounts and numbers of chemical herbicides applied to GM crops, and still further increases — the largest in a generation — are scheduled to occur in the next few years. Second, the International Agency for Research on Cancer (IARC) has classified glyphosate, the herbicide most widely used on GM crops, as a “probable human carcinogen”1 and classified a second herbicide, 2,4-dichlorophenoxyacetic acid (2,4-D), as a “possible human carcinogen.”2