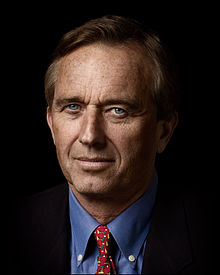 “We will expose the government and corporate corruption that has led to increasing exposures to neurotoxic mercury in foods and medicines,” said Lyn Redwood, RN, MSN, the group’s executive director.

Thiol-modulating mechanisms affecting the cytotoxicity of Thimerosal (TM) have been identified. Importantly, the emergence of Autism Spectrum Disorder (ASD) symptoms post-6 months of age temporally follows the administration of many childhood vaccines. Worldwide, particularly in developing countries, TM is still present at preservative levels in many of the childhood vaccines such as HepB, Hib, DTP, DTwP-HepB-Hib vaccine, and various influenza vaccines [33,34,35]. Many infants, particularly those in the developing world, immunized according to the recommended childhood vaccine schedule, receive about 200 μg of Mercury (Hg) from TM-containing vaccines during the first 6 months of life.

“Toxicological & Environmental Chemistry  Read Abstract…
Maternal transfer of mercury to the developing embryo/fetus: is there a safe level?

Mercury (Hg) exposure is ubiquitous in modern society via vaccines, fish/crustacea, dental amalgam, food, water, and the atmosphere. This article examines Hg exposure in the context of primary exposure to pregnant women and secondary exposure experienced by their unborn babies. Babies in utero are particularly at risk of higher Hg exposure than adults (on a dose/weight basis through maternal Hg transfer via the placenta), and are more susceptible to adverse effects from mercury and its biologically active compounds. It is, therefore, critical that regulatory advisories around maximum safe Hg exposures account for pregnant women and secondary exposure that children in utero experience. This study focused on standardized embryonic and fetal Hg exposures via primary exposure to the pregnant mother of two common Hg sources (dietary fish and parenteral vaccines). Data demonstrated that Hg exposures, particularly during the first trimester of pregnancy, at well-established dose/weight ratios produced severe damage to humans including death. In light of research suggestive of a mercuric risk factor for childhood conditions such as tic disorders, cerebral palsy, and autism, it is essential that Hg advisories account for secondary prenatal human exposures. Dr. King has researched the efficacy and use of the establishment’s brush off sound bite…that Thimerosal is the SAFE kind of mercury (ethylmercury) and that it is ADMITTEDLY  methylmercury that is UNSAFE.  Guess What?  Thimerosal (ethylmercury) is converted, (metabolized) in the human and animal bodies first into UNSAFE methylmercury before it is further reduced to Inorganic mercury which sticks in your organs and brain, destroying your neurons. Read Laymen’s synopsis by Eileen Dannemann Read Dr. Paul G. King’s scientific study and analysis
DR. KING CAN BE CONTACTED: paulgkingphd@gmail.com