1. A. Studies in Sweden, Finland, Ireland, Norway and Britain have also shown the risk of developing narcolepsy is between seven and 13 times higher in children who were immunized with Pandemrix than in those who were not – What is your response to these findings?

B. Can Pandemrix trigger narcolepsy in children?

Epidemiological data currently available to GSK suggest an increased risk of narcolepsy following vaccination with Pandemrix™ (H1N1). Due to the methodological limitations of the studies, which are retrospective observational studies, further research is needed to determine whether the observed risk is related to the vaccine, environmental effects, genetic factors, other factors or a combination of them. Further research also is needed to evaluate whether there are biologically plausible mechanisms by which vaccination with Pandemrix™ (H1N1) may have triggered narcolepsy in some individuals as no such mechanism has been demonstrated to date.

GSK remains committed to the pursuit of additional research to understand the potential role of Pandemrix™ (H1N1) in those who developed narcolepsy after vaccination and continues to support the research of others who are investigating the reported cases of narcolepsy.

2. In some jurisdictions Pandemrix is no longer used in people under 20 – what do you think of that decision? Is it justified? Why? Why Not? 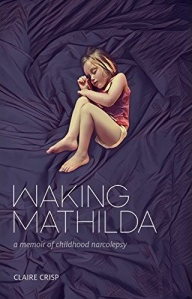 Matilda suffers the grotesque hallucinations of sleep paralysis because she was given a vaccine (GKS-Pandemrix) that was never tested on children. For a ‘false pandemic‘ that did not happen. 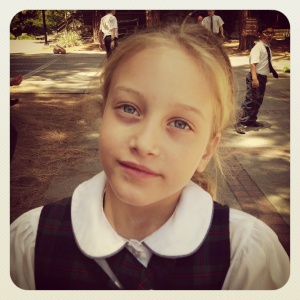 A nursery nurse leapt to her death after developing a sleep disorder caused “most likely” by a swine flu vaccination, a coroner has ruled.

Katie Clack, 23, began sleeping up to 19 hours per day while her mental health deteriorated after she received the vaccine in 2009.

In 2014, Ms Clack jumped to her death from a multi-storey car park in Peterborough after the condition – narcolepsy – caused her to become depressed.

Now a coroner has ruled the receipt of the vaccine likely caused the onset of the narcolepsy.

Narcolepsy, which is a chronic neurological disorder, is characterized by the brain’s inability to regulate normal sleep-wake cycles. People affected do not receive restful, restorative sleep. Without normal sleep patterns, people are more easily stressed during regular day-to-day activities and have a more difficult time remembering.

Pandemrix, manufactured by GlaxoSmithKline, contains an oil-in-water emulsion adjuvant called ASO3. This adjuvant is added to vaccines to accelerate the body’s immune response to that vaccine. Pandemrix was not used in the US but was administered to over 31 million people in Europe.  Read more… 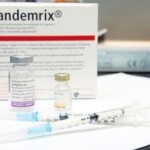 Based on the investigations done so far, the Task Force considers in probable that the Pandemrix vaccine
administered during winter season 2009–2010 contributed to the increased incidence of narcolepsy in Finland in
the age group of 4–19 years. Because the increase in narcolepsy has been observed in only a few countries with
wide use of Pandemrix, the Task Force considers it most likely that the vaccine increased narcolepsy in joint
effect with genetic and/or environmental factors.  Read Task Force pdf…

The Finnish government and major insurance companies announced Wednesday they will pay for lifetime medical care for children diagnosed with narcolepsy after receiving the swine flu vaccine.  Read more…