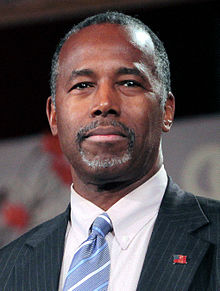 VLA Comment: Ben Carson may be appointed as HHS or at the very least head the replacement of Obamacare. Will he insert vaccine requirements for children and/or adults? He also may head of Dept. of Education which also overlaps education and mandated vaccines to attend school!  We hope he is open to be educated specifically on vaccines, encouraged to do so by Donald Trump. 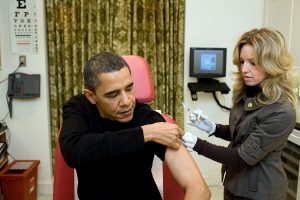 VLA COMMENT:  WHAT KIND OF LANGUAGE IS THIS???  SEE HIGHLIGHT…EILEEN

“CDC may enter into an agreement with an individual, upon such terms as the CDC considers to be reasonably necessary, indicating that the individual consents to any of the public health measures authorized under this part, including quarantine, isolation, conditional release, medical examination, hospitalization, vaccination, and treatment: provided that the individual’s consent shall not be considered as a prerequisite to any exercise of any authority under this part.”

WANTED FOR QUESTIONING
VLA COMMENT: These videos and lists were conceived of a few years ago. There are some mistakes here…lots of throwing the baby out with the bath water. BUT YET THIS IS A PROVOCATIVE LIST. This list was provided in 2014 by “THE COURT OF AGES”, a Common Law quorum of people from what is commonly known as the United States of America.   They certainly did a lot of work. Many of these are government leaders who simply need to be questioned as to what they may know or have suspected. All are presumed innocent until proven guilty. Since these lists were compiled, for example, Janet Reno and Justice Scalia has died…some think that they were murdered by the Clinton Cabal.  It would be nice to see it updated and more specific rather than such a large wholesale list. Lots of work to be done by the Trump presidency to drain the swamp.

SCROLL FORWARD STARTING AT 3:00 FOR LIST WITH PHOTOS US CABINET & DEPTS. This list of HHS, FDA, Homeland security leaders wanted for questioning re: corruption, murder, pedophilia


US House of Representatives
List with photos start at

US Dept. of Justice FBI leadership, prison leadership
List with photos starts at 3:10

THE COURT OF AGES

Published on Jan 16, 2014, we were asked to make a video explaining who the Court of Ages is and what we’re doing. And so here it is.

The Court of Ages began in the Spring of 2013 as a Common Law quorum of people from what is commonly known as the United States of America. After the investigation by the Peoples’ Public Trust, and the subsequent foreclosure of all corporations and governments, our quorum began working together through Skype filing writs in the form of arrest warrants, replevins, and cease and desist orders to have the domination and control system dismantled across the globe. Those writs served as public, fair notice and have not been disputed nor rebutted to this day.

In November of 2013, by International and Universal Law, we formed the only Universal, indemnified court of settlement on earth, and called it the Court of Ages. We did this by filing a series of documents that restore planet earth to Natural Law. We are now filing formal court orders requiring law enforcement to complete the takedown of the domination and control system in its entirety.

We recognized that there needed to be another structure in place before the old system was collapsed. With that in mind, we developed a series of documents: The Armistice & Accord, the Letters Patent, and the Notice of Reconciliation. You may find links to these documents below. Videos are also available on this Rise Together video channel.

We’ve also been asked what you can do to help. One thing is to locate our court orders on Scribd and begin sending those to your Marshals. They are required by law to act on them at your request. The Marshals and Sheriffs work for you, the people of earth, the Heirs of Creation.

Also, you may begin organizing yourselves into communities and developing your own customs and traditions. Those who resonate with your customs may want to join your community. From there you may form your own common law courts to protect and maintain Natural Law in your area.

That’s all for now. We’ll see you again soon.

Do you have someone who wants a quick and easy report on the dangers of vaccines, this is the one. 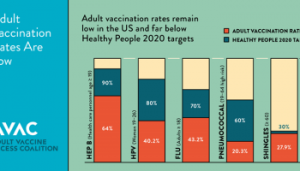 The National Vaccine Advisory Committee and numerous stakeholder groups have emphasized the need for focused attention on adult vaccines and vaccination. The National Adult Immunization Plan (NAIP) outlined here results from the recognition that progress has been slow and that there is a need for a national adult immunization strategic plan.  Read PDF 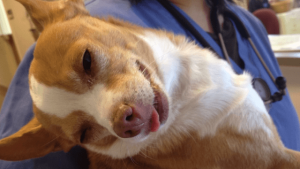 But with Little Kitty becoming increasingly isolated, it was time to give it a try. She got a medical marijuana card and purchased two edible oils made for pets and derived from cannabis that she squirts into her pet’s mouth.

Little Kitty doesn’t hide anymore. In fact, she’s more like her old self: sunbathing on the living room carpet, playing with Ms. Mastramico’s other cat, Valentina. “When I’ve given it to her, she’s never acted high: falling face-first into her food bowl, chowing down,” Ms. Mastramico said. “She comes out and socializes, wants to be in your lap, wants to be petted. It’s a very noticeable difference.”

Other animal lovers who have turned to cannabis-based products to alleviate a host of pet maladies, including seizures, inflammation, anxiety and pain, are reporting similar results. Although they have not been approved by regulators, marijuana-based treatments are being used not only for cats and dogs, but for pigs, horses and domesticated wild animals.

The U.S. Centers for Disease Control and Prevention is investigating the rise of a rare polio-like illness that tends to strike children.

Acute flaccid myelitis, a condition that affects the nervous system, has sickened 89 people across 33 states so far this year, and doctors aren’t sure what causes it.

Scientists still only have a preliminary understanding of how AFM affects children, but it appears to affect muscle tone, sometimes…

VLA Comment: Here is what was happening in 2011 I guess it caught up to the United States…There has been a huge increase in non-polio acute flaccid paralysis (NPAFP). In 2011, there were an extra 47,500 new cases of NPAFP. Clinically indistinguishable from polio paralysis but twice as deadly, the incidence of NPAFP was directly proportional to doses of oral polio received. Though this data was collected within the polio surveillance system, it was not investigated. The principle of primum-non-nocere was violated.”

HERE IS THE REAL DEAL: The charade about polio eradication

THE FAILURE OF GLOBAL POLIO ERADCICATION

In the 2011 Journal of Infectious Disease, Dr Wassilak from the CDC reported 336 cases of paralytic polio in Nigeria caused by the oral polio vaccine itself, which had mutated back to a virulent form.  Similar cases of vaccine derived virus paralytic polio have been reported in the Belgian Congo (41-44) (see: Outbreak of vaccine-derived poliovirus in Nigeria.)

The National Polio Surveillance Project data show that the polio eradication program has increased paralysis among children—from 3,047 cases yearly in 1997 to 61,038 cases in 2012, most now being classified as AFP instead of polio.(31) (note AFP=Acute Flaccid Paralysis)

The Images with accompanying links are tools-links-for-facebook