HOSPITALS GET TOTAL LIABILITY WHEN USING FAUCI’S PROTOCOL OF REMDESIVIR PLUS BONUSES (SUCH AS 166,OOO FOR EACH COVID PATIENT)

HOWEVER, THERE IS PERMISSION (SEE DOCUMENT IN THE VIDEO), OFF LABEL, TO USE IVERMECTIN.

Comment from Lew Rockwell article: “Furthermore, what about the bioaccumulation of vaccine ingredients?  Studies have also shown that injected aluminum does not exit the body, and can be detected inside the brain even a year after injection.  There are several other vaccine ingredients like aborted human fetal cells, formaldehyde and MSG, why are these never looked at when studies are being conducted. You can read more about access the information and studies about aluminum” here.

Let us not forget that hundreds of children have died from the measles vaccine. According to a MedAlerts search of the FDA Vaccine Adverse Event Reporting System (VAERS) database as of 2/5/19, the cumulative raw count of adverse events from measles, mumps, and rubella vaccines alone was: 93,929 adverse events, 1,810 disabilities, 6,902 hospitalizations, and 463 deaths. What is even more disturbing about these numbers is that VAERS is a voluntary and passive reporting system that has been found to only capture 1% of adverse events. Read more…

VOTED BEST, MOST FACTUAL VIDEO ON THE CDC CORRUPTION OF DESTROYING SIGNIFICANT DATA THAT PROVES THAT VACCINES CAUSE AUTISM

A key congressional spending panel has fired a shot across the bow of two federally chartered medical foundations, warning them that the way they disclose information about donors may not pass muster. It’s the latest controversy involving the traditionally low-profile foundations, which over the past quarter-century have funneled nearly $2 billion to the National Institutes of Health (NIH) and the Centers for Disease Control and Prevention (CDC) for research, clinical trials, training, and educational programs. When Congress created the Foundation for the National Institutes of Health and the CDC Foundation in the early 1990s to raise private funds to support federal biomedical and health research, it ordered them to report “the source and amount of all gifts” they receive, as well as any restrictions on how the donations could be used. But legislators on the House of Representatives appropriations subcommittee that oversees NIH and CDC are worried the foundations may not be following those rules.

“The CDC is a subsidiary of the pharmaceutical industry. The agency owns more than 20 vaccine patents and purchases and sells $4.1 billion in vaccines annually.”
Date: July 2, 2018Author: Nwo Report 3 Comments

According to RFK Jr., the CDC is not an independent government agency but is actually a subsidiary of Big Pharma.

“Upon cursory review of the patents, I found that one did not seem applicable to vaccination, but merely referenced an article on vaccination.  That leaves us with 56 CDC patents to scrutinize.  Here is what I found.

Introduction: A Research Analyst insider reports findings that the Universal Varicella Vaccination Program alters the epidemiology of herpes zoster (shingles); and details ways in which the CDC, in collusion with the Los Angeles Department of Health Services (LADHS)—the Acute Communicable Disease Control unit—apparently manipulated data to conceal unwanted outcomes that supported an immunologically-mediated link between varicella and herpes zoster(HZ) epidemiology.

Dr. Gary Goldman:  The reason why we are getting SHINGLES

The only reason that “children who get the chickenpox vaccine APPEAR to have a much lower risk of shingles” is that the live vaccine has provided these children with a recent boost to their immunity. However, the vaccine-strain of varicella zoster virus (VZV)–also known as the Oka strain–is genetically different from the wild-type U.S. strain. When a vaccinated child is exposed to an adult with shingles or a child with wild-type varicella, if the strains are sufficiently heterologous, the vaccinated child will break out in chickenpox. It is also possible for the weakened vaccine-strain to revert to a more virulent strain that manifests wild-type pathology. This means when children are exposed to the wild-type strain, even though they may not have a breakthrough infection with chickenpox, they now harbor two heterologous (genetically different) strains of VZV–both of which are at a later time subject to reactivation as shingles. Thus, as they age, they will be even more likely to reactivate with shingles (unless periodically administered booster vaccine doses for life in order to maintain the immunity)–especially if they do not receive exogenous (outside) boosts to their cell-mediated immunity which, in the pre-vaccine era, came from expostures to other children infected with wild-type varicella which provided the adult with a subclinical boost that helped to suppress or postpone reactivattion of shingles.

I would also like to clear up the point that shingles has always been increasing–even prior to the licensing of the varicella vaccine. This statement is true; however, the increases were on the order of 2 to 4% per year (which were likely due to an aging population, or greater access to healthcare). Once a community had widespread distribution of varicella vaccine, increases in herpes zoster were on the order of 20% per year. For example, this source [Yih WK, Brooks DR, Lett SM, et al. The incidence of varicella and herpes zoster in Massachusetts as measured by the Behavioral Risk Factor Surveillance System (BRFSS) during a period of increasing varicella vaccine coverage, 1998-2003. BMC Public Health 2005; 5:68.
32. Schmid DS, Jumaan AO. Impact of varicella vaccine on varicella-zoster virus dynamics. Clin Microbiol Rev 2010; 23(1):202–217] found a 90% increase in shingles over 5 years (1999-2003). 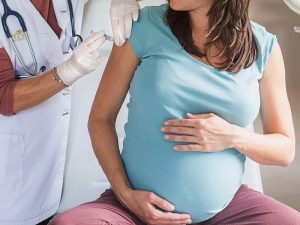 CDC Study Shows Up to 7.7 Times the Risk of Miscarriage After Influenza Vaccine

Figures show a statistically significant increase in miscarriages when women received their flu shot. The median gestational age for spontaneous abortion was 7 weeks in the affected pregnancies. 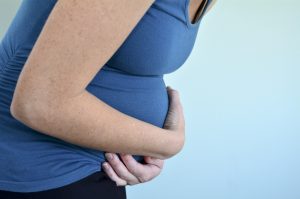 CDC “Spider” Scientists attack the CDC, blow the lid off

They write a letter to the CDC chief of staff

And I write a letter to them

There is a group of anonymous scientists at the US Centers for Disease Control—they call themselves the Spider Group—Scientists Preserving Integrity, Diligence and Ethics in Research. They have penned a letter to the CDC’s chief of staff, Carmen S. Villar:

Here is the explosive accusation they make:

“We are a group of scientists at CDC that are very concerned about the current state of ethics at our agency. It appears that our mission is being influenced and shaped by outside parties and rogue interests. It seems that our mission and Congressional intent for our agency is being circumvented by some of our leaders. What concerns us most, is that it is becoming the norm and not the rare exception.”

“Some senior management officials at CDC are clearly aware and even condone these behaviors. Others see it and turn the other way. Some staff are intimidated and pressed to do things they know are not right.”

“We have representatives from across the agency that witness this unacceptable behavior. It occurs at all levels and in all of our respective units. These questionable and unethical practices threaten to undermine our credibility and reputation as a trusted leader in public health.” Read more…

You can read the full Spider Group’s letter here at US Right To Know. (More on the letter by Carey Gillam here.)

EXCERPT:  Robert Kennedy, Jr. “All the things that I do are bent on forcing this [vaccine] debate out into the open—because once the science is in the open, the CDC’s position is so fragile, it’s an edifice of fraud, fraud stacked upon fraud, so high and so wobbly, that even a slight breeze of public scrutiny will topple it.”

Attorneys Bryan Smith and Robert F. Kennedy, Jr., of Morgan & Morgan, have been seeking to have Dr. Thompson testify in a medical malpractice case to explain how the CDC committed scientific fraud in a series of studies, which found no link between vaccines and autism.

In denying the request, Dr. Frieden said, “Dr. William Thompson’s deposition testimony would not substantially promote the objectives of CDC or HHS [Health and Human Services].”

Note:  Dr. Thompson wants to reveal the scientific fraud and destruction of evidence that took place in the studies that he co-authored. However, in accordance with the Whistle Blower Protection Act and other federal regulations, Dr. Thompson can not testify under oath without the permission of the director of the CDC, Dr. Thomas Frieden.

Re:  “Dr. William Thompson’s deposition testimony would not substantially promote the objectives of CDC or HHS [Health and Human Services].”  VLA Comment: Isn’t that the point!!!!

If Donald Trump becomes president he will appoint the US attorney general who will investigate the CDC fraud: