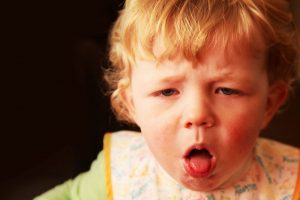 As it turns out, the vast majority of children being affected by pertussis outbreaks are vaccinated children, which some health authorities are reluctantly admitting. Even so, pro-vaxxers are insistent that all disease spread is caused by unvaccinated children, despite the fact that science continues to prove otherwise.

What’s more, the DTaP vaccine, along with many other vaccines, fails to provide permanent protection against disease – assuming they provide any protection at all. As reported in the same aforementioned DTaP study, pertussis antibodies experience a “rapid decline” in as little as 2-3 years post-vaccination, “often to pre-vaccination levels.”

Even though antibody levels alone “are not necessarily indicative of waning immunity,” this same study goes on to explain, “in this case given the higher risk of infection after aP (acellular pertussis) vaccine with time, it is strongly suggestive of it.” READ MORE…

The widespread use of the pertussis vaccine seems to have resulted in natural selection (or unnatural selection, rather) of strains of the bacteria that not only are more resistant to vaccination, but actually favors vaccinated individuals.  Read more…

Undervaccination is hardly the problem.

One critical piece of information the Times doesn’t indulge its readers with is that the vaccine does not prevent transmission of the disease. Instead, vaccinated individuals may become asymptomatic carriers.

Newswise — Released: 23-Jun-2015 7:05 AM EDT Whooping cough has made an astonishing comeback, with 2012 seeing nearly 50,000 infections in the U.S. (the most since 1955), and a death rate in infants three times that of the rest of the population. The dramatic resurgence has puzzled public health officials, who have pointed to the waning effectiveness of the current vaccine and growing anti-vaccine sentiment as the most likely culprits.

Fellows Ben Althouse and Sam Scarpino  point to a different, but related, source of the outbreak – vaccinated people who are infectious but who do not display the symptoms of whooping cough, suggesting that the number of people transmitting without symptoms may be many times greater than those transmitting with symptoms.  Read study….

The move to emphasis those who are vaccinated “shed” and therefore threaten the community will be the responded to by the establishment as a rationale as to  the urgency for compulsory National Adult vaccines.

. the right for the state to compel vaccination of all children of which increase greatly the percentage of vaccinated individual’s  “shedding” live viruses within the general commmunity does not include liberty to expose the community or the child to communicable disease.

Transmission of varicella-vaccine virus from a healthy 12-month-old child to his pregnant mother.

73 percent of kids aged 7 to 10 who caught pertussis last year in Washington State—where the infection hit particularly hard—had been fully vaccinated. And 81 percent of adolescents had not only had full childhood vaccinations, but also a booster shot.  READ MORE..

Recent studies have shown that immunity from the acellular (pertusis/whooping cough) vaccine wanes relatively quickly. In 2012, for instance, a New England Journal of Medicine study determined that children’s odds of catching pertussis rose by 42 percent each year after receiving the final dose of DTaP, usually given between ages four and six, in the childhood vaccine series.